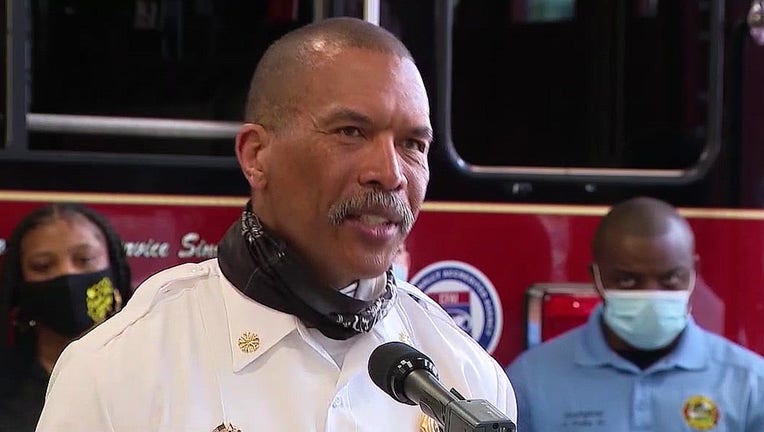 LAKE MARY, Fla. - Benjamin Barksdale has resigned from his position as chief of the Orlando Fire Department, according to an agency spokesperson.

Barksdale had been suspended with pay, accused of two incidents of misdemeanor assaults over the summer.

Arrest warrants were issued for the 56-year-old Barksdale by the Charlotte Mecklenburg Police Department in August stemming from two charges out of North Carolina.

One of the warrants states that Barksdale punched a woman in the face.  No other details were released.

In a resignation letter, Barksdale said he was submitting his resignation in the best interest of the City of Orlando, citing "the languishing legal process" as he works to resolve the allegations brought against him.

"Thank you so much for the opportunity to serve as Fire Chief for this wonderful city. I’ve greatly enjoyed and appreciated the opportunities I’ve had in working with all of the men and women of OFD," he wrote. "I also enjoyed working as part of the Mayors management team.
I wish OFD and the City of Orlando continued success, and I hope to stay in touch in the future."

Deputy Fire Chief Craig Buckley had been named as the acting fire chief, according to OFD spokesperson Ashley Papagni.  Buckley will continue to serve as chief and oversee the fire department operations until a new fire chief is appointed, Papagni said.

Barksdale was the 20th Orlando Fire Chief.  He previously served as chief in Prince George County, Maryland before coming to Orlando in 2019.