Authorities in Pennsylvania say a new social media challenge that involves a gel pellet gun lead to a police response at a school and resulted in four teens being arrested.

RADNOR, Pa. - Authorities in Pennsylvania say four teens are facing charges after they fired a gel pellet gun at a group of students outside a Delaware County middle school.

In a letter to families, the Radnor Township School District said 25 students were working outside Radnor Middle School last week when a car pulled up and fired a gel pellets towards the school.

Three students and a faculty member were hit, but did not require medical treatment.

Officers from the Radnor Township Police Department later arrested four teens who they say were in a car capture on surveillance video that fired the gel gun.

Police say the attack was part of the "Orbeez Challenge," a new TikTok challenge that encourages users to sneak attack unsuspecting people with a gel pellet gun. 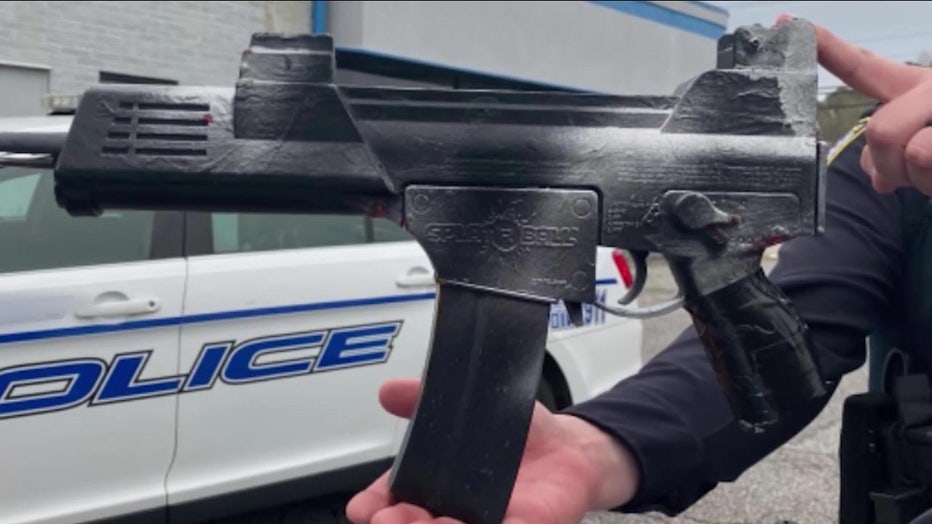 "And that they have seen this on a TikTok type of source where it was a challenge and others go video yourself doing that or have some fun with that very unfortunately that was a very bad decision," Radnor Police Superintendent Christopher Flanagan said.

According to officials, the teens arrested in the attack have been charged with possessing instruments of a crime, disorderly conduct, harassment and recklessly endangerment.

Police in cities throughout the U.S. have seen a rise in shootings involving the water pellets.

Officers in Arizona said they have answered multiple calls of people shot with water beads.

"There is an indication that this incident could be related to a national social media challenge where the Orbeez water pellets are shot in a "drive-by" method," police said in a statement.

Sandy Springs police reported a similar pellet gun shooting in February, though police did not confirm if the teens arrested were firing Orbeez pellets or if they were participating in the "challenge." A victim said, since he posted about what happened to him on social media, he has heard from a dozen other people who have had the same experience.

"Anybody could confuse what happened with somebody shooting at children at a school, and we know how serious that is so there is no room for that decision at all at any point in time," Flanagan said.