A father and son are settling into their new home after a tornado destroyed almost everything they owned over the summer.

ORANGE COUNTY, Fla. - A father and son are settling into their new home after a tornado destroyed almost everything they owned over the summer.

It’s been a turn of events for Tom Cardinal and his 10-year-old son, Tommy.

On Tuesday, they showed us their new home, complete with an Xbox and big screen TV.

Tom said, "I thank the community! It was important to get into another house pretty quick so Tommy could get back to school and a normal routine."

A normal routine after a not-so-normal tornado ripped the roof off the home they were renting in Conway, destroying almost everything they owned. 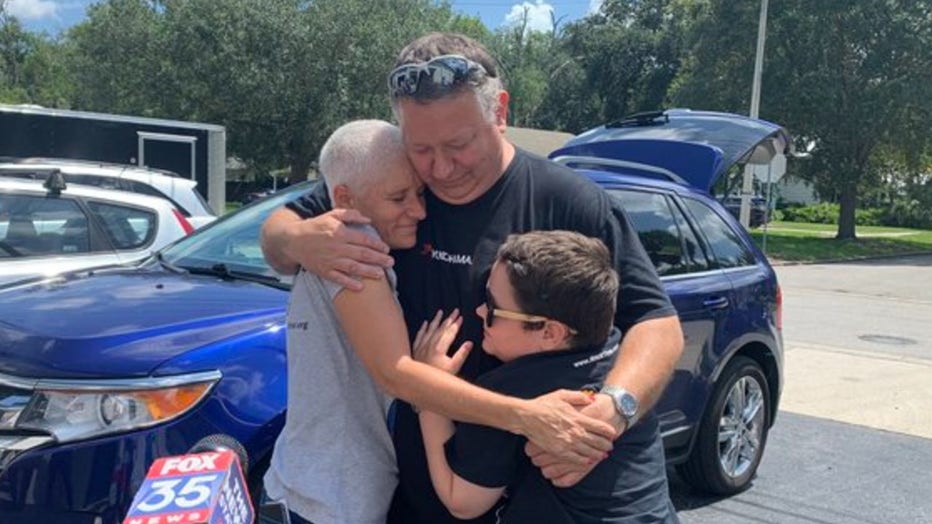 At the time, Tom didn’t have any renters insurance.

Back in June, Tom said, "Starting new Start over. It’s been a rough six months. I lost my wife to cancer in December. (crying) It’s been tough."

But the community raised thousands of dollars to help the father and son after FOX 35 aired their story.

Tom said, "A little over $19,000. A tremendous outpour. I just couldn’t believe it. Getting goosebumps now just thinking about it."

And then there was the furniture from One Heart for Women and Children.

Tom said, "It showed my son a lot of caring of people whenever you need it and we’ve done the same since then. We’ve helped One Heart, donated some stuff to them."

Tom says they were given so much, they even helped One Heart shop for groceries and even paid for some of it.

"Brought eight-nine carts full of food.  Every little bit helped and it’s the same thing. We’re returning the favors wherever we can and how we can."

While 10-year-old Tommy is grateful to be back at school, he says the disaster taught him something very important outside of class.

"It was a life lesson, always give back to the people who give to you," he said.

This father and son believe there’s a guardian angel protecting them, with lots of love.

"Still have my moments, but I know at the same time, I know my wife is out there watching over us and I think we’ll be doing all right."

Tom says he now has renter's insurance just in case.