The pilot program was initiated by a local community member after George Floyd’s death to bridge a relationship between the community and local police.

"A crime that’s wrong because the government says it’s wrong," Darnell Hills calls out the question.

"Speeding," a student responds back.

She is one of about 200 students at Lake Nona High School in a pilot program for the Junior Reserve Law Enforcement (JRLEP). The program was also rolled out at Jones High School. 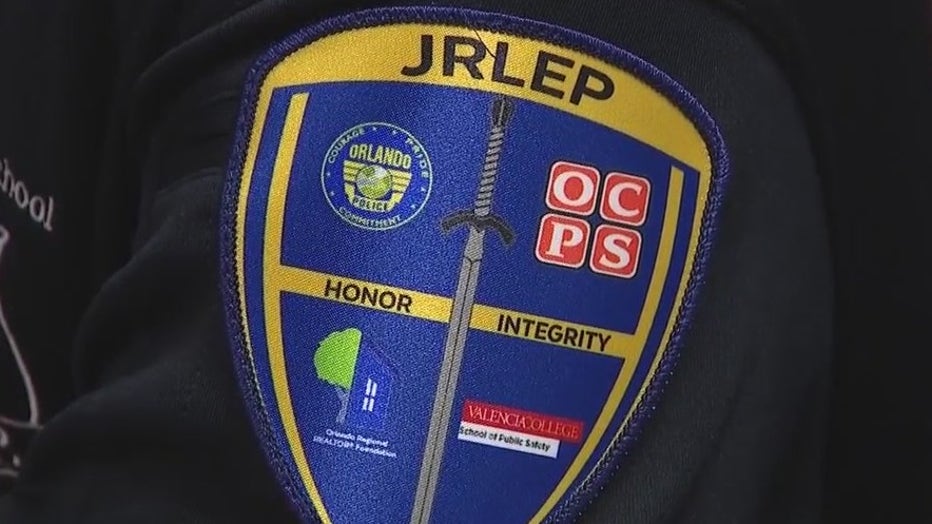 The pilot program was initiated by a local community member after George Floyd’s death to bridge a relationship between the community and local police.

"Any time you want to solve a problem, you turn to education," said Cliff Long, Chief Executive Officer of the Orlando Regional Realtor.

Long brought the idea to the Orlando Police Department and Orange County Public Schools after creating the curriculum, which involves an in-depth discussion about aspects of law enforcement, field trips, and guest speakers.

"I worked the street for 25 years and they have questions," said Hill.

Questions fired off in rapid succession during the class period – like "Do warrants go away?" or "What was the job like?"

At a news conference about the program in October, Orlando’s Police Chief said he hopes the program will inspire students. The department is reporting a slight workforce shortage of about 42 officers.  However, Hill said even if the class doesn’t lead students to a uniform, it will help them get closer to what they are passionate about.

"This class Is not about making them become a police officer – judges – or correction. Just exposing them," said Hill. "If they want to pursue it, they have the knowledge so they can make a good decision."

If students continue to take classes from freshman to senior year, they have the ability to graduate with up to 15 college credits at Valencia College and a dispatcher certification so they can graduate and head right into the workforce.