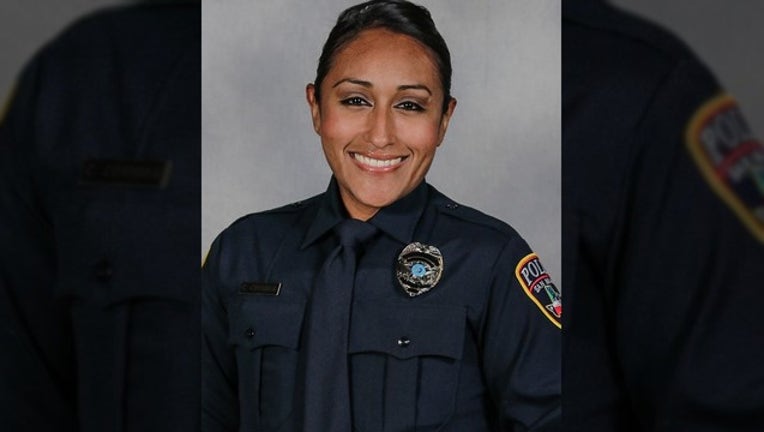 In a press release by the City of San Marcos, it was reported that police officer Claudia Cormier was struck by a vehicle and suffered severe injuries while responding to an incident on North Interstate 35 (IH35).

The press release said that on Saturday evening, San Marcos Police received a call abut a traffic hazard with items in the roadway on IH35 northbound. Officer Cormier, who has been an officer for three years, responded. Soon after, dispatch received 911 calls that an officer had been strucked by another vehicle in the same area. Officer Cormier was found with severe, life-threatening injuries after being struck by a 2000 Ford Expedition.

Officer Cormier was reportedly transported to a hospital, where she underwent emergency surgery. She is now in stable condition but sedated pending further surgeries.

The incident was investigated by Texas Department of Public Safety troopers and the San Marcos Police Department. Troopers said that the driver of the Ford Expedition, 58-year-old Neil Sheehan, was investigated and arrested for Intoxication Assault on a Public Servant, a second-degree felony, and Failure to Slow Causing Serious Bodily Injury. A warrant for his blood has been obtained and the results are pending. Sheehan has been transported and booked into the Hays County Jail.