NORTH PORT, Fla. - The disappearance of a 22-year-old North Port woman who was on a road trip with her fiancé has gripped the small Sarasota County town.

For the second night in a row, several dozen people gathered to show support for the family of Gabby Petito, whose parents said they last heard from her around August 25.

Gabby told her mother she and fiancé Brian Laundrie were headed from Utah to the Grand Teton National Park in Wyoming. Her parents say they have not heard from her since. 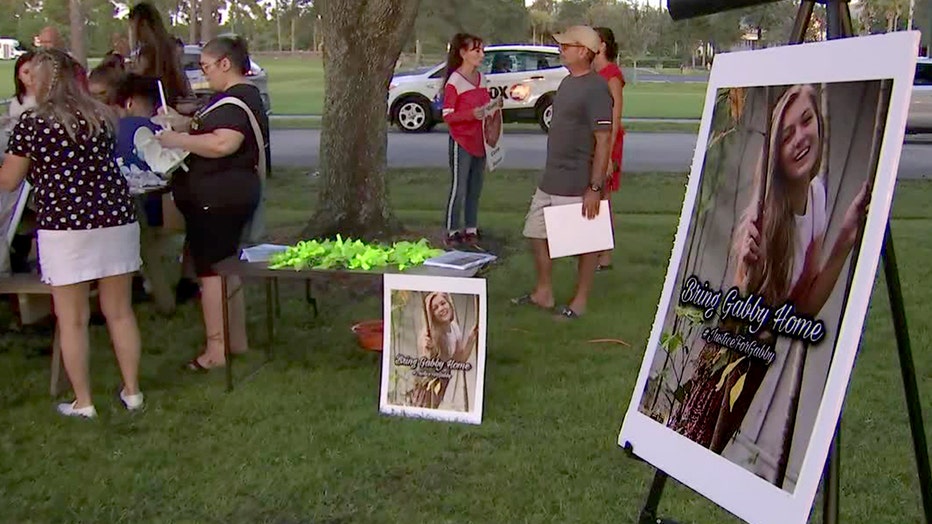 Those who showed up at the City Center Front Green, located at 4970 City Hall Blvd. in North Port Saturday night said they can't imagine how Gabby's parents feel as searches for the young woman get underway in Wyoming.

Lisa Correll and Joanne Irving helped organize Saturday's vigil. As mothers of adult children, as well as being grandmothers, neither could imagine how Gabby's parents must feel. 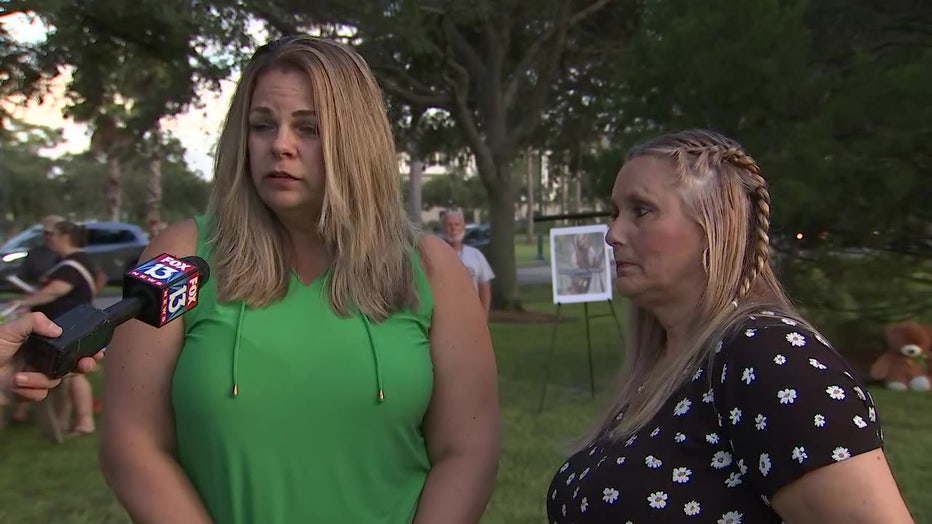 "We're all mothers, Lisa's and I, Lisa's a grandmother, I'm a mother. We just think if it was our child, we would need the support because emotionally I can't imagine what they're going through. It chokes me up, right now, to think what's happening and I can't imagine what her parents are going through," vigil organizer Irving said. "Our kids travel, They go away. Adult children, they do things and no one thinks this will ever happen to them."

"We just want to generate this as a community location that we can show tribute to Gabby and her family," Correll added. By putting these bows on the trees, we can have a designated location that everybody can start coming and participating." 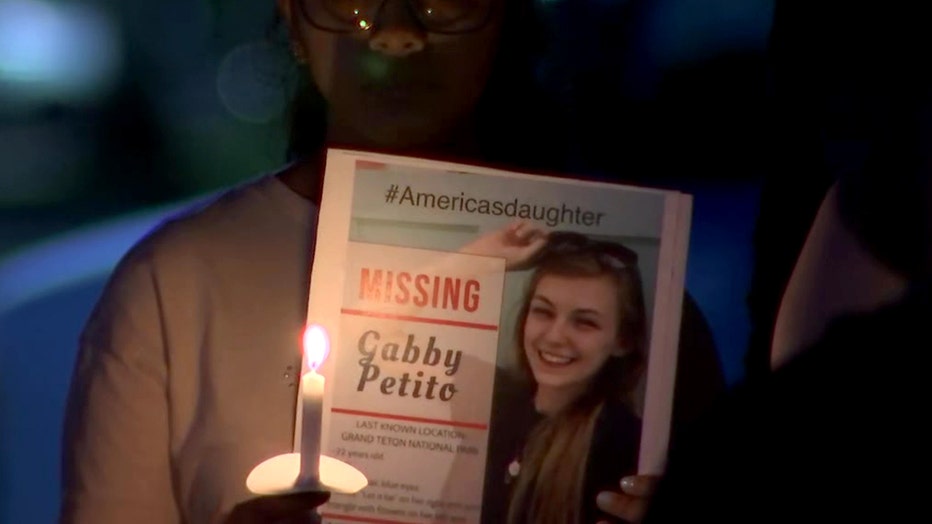 As the sun set and community members lit candles for Gabby, a search was underway for Laundrie, who was reported missing by his family from their North Port home on Friday, September 17.

The family told law enforcement that Brian left Tuesday for a hike, but he never returned. The family said Brian's car was later found at the reserve and driven back to their home, but a timeline for those events was not made public.

About 50 officers from the North Port Police Department and the FBI canvassed the Carlton Reserve in Venice, based on the Laundrie family's assumption Brian had gone there, according to North Port PD spokesperson Josh Taylor.

The search was called off at nightfall. North Port PD said it would resume Sunday morning.