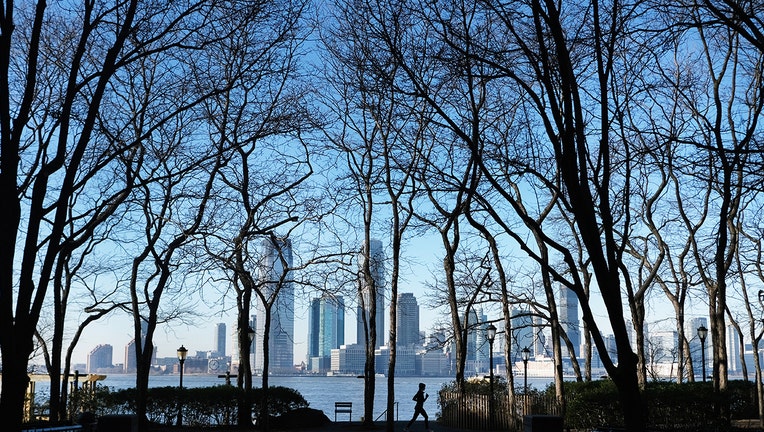 : People enjoy the unseasonably warm weather at the beginning of the Christmas and Hanukkah holiday week on December 23, 2019 in New York City.

LOS ANGELES - Winter could be cold for some parts of the central and eastern United States in December, but most states across the country will see a winter with milder conditions.

According to the NOAA’s Climate Prediction Center (CPC), above-average temperatures are likely to continue during the winter months for most locations in the South, East Coast and California Coast. Parts of the north and Pacific Northwest and are the only areas that are expecting colder conditions.

But each month this winter could have temperature fluctuations that vary from the overall three-month trend.

The CPC issued its winter outlook on Oct. 15, which covers the months of December through February.

Warmer-than-normal temperatures are favored for a majority of the lower 48 states, especially in the South and Northeast. 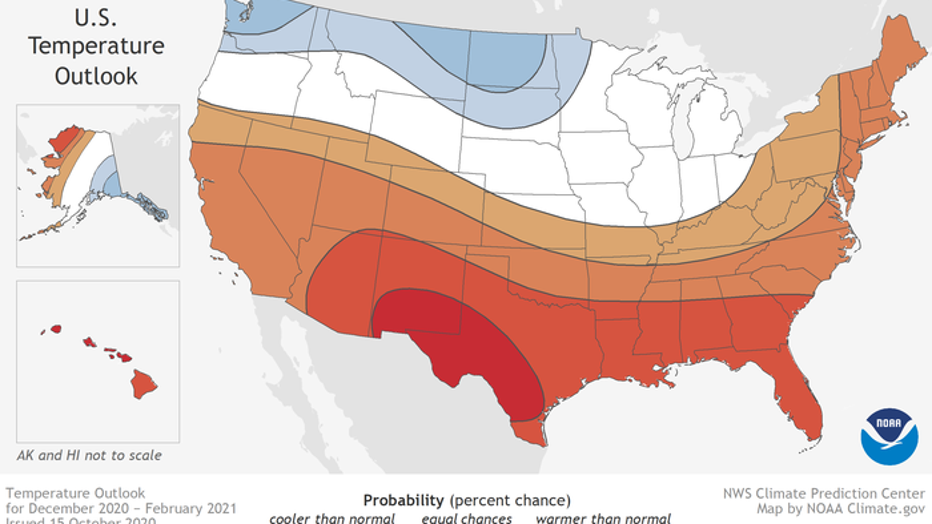 “Currently, large areas of drought extend over the western half of the U.S., with parts of the Northeast also experiencing drought and near-record low stream flows. With a La Nina climate pattern in place, southern parts of the U.S. may experience expanded and intensifying drought during the winter months ahead,” NOAA said.

Warmer-than-normal conditions will extend across the southern tier of the U.S. from the Southwest, across the Gulf states and into the Southeast. Modest probabilities for warmer temperatures are forecast for the southern parts of the West Coast, the Mid-Atlantic region and the Northeast. Above-average temperatures are also favored for Hawaii and western and northern Alaska.

Cooler and wetter conditions are expected in sections of the North, thanks in part to an ongoing La Nina. 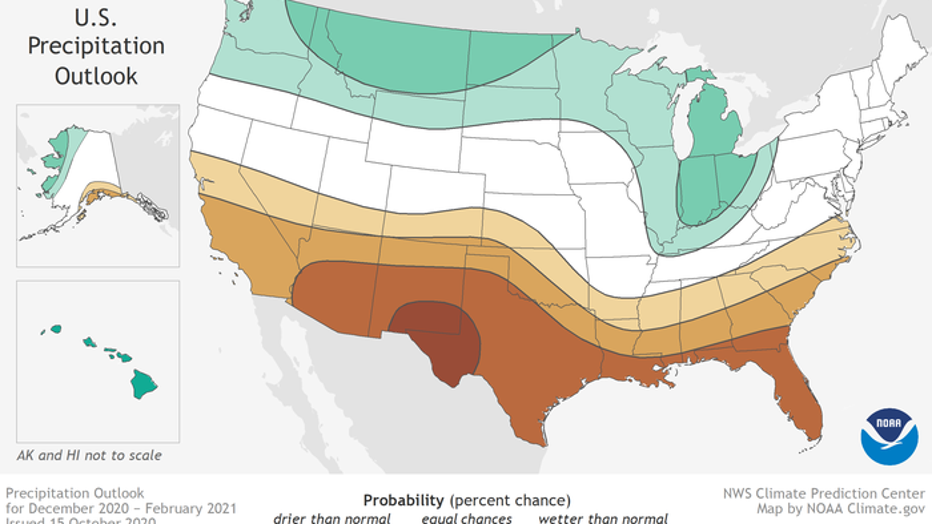 Below-normal temperatures are expected in southern Alaska and from the northern Pacific Northwest into the Northern Plains.

The greatest chance for any widespread colder-than-average temperatures this winter would be in December, before conditions are expected to become more mild in January and February.

RELATED: The Northern Hemisphere officially had its hottest summer on record, NOAA says

Wetter-than-average conditions are most likely across the northern tier of the U.S., extending from the Pacific Northwest, across the Northern Plains, Great Lakes and into the Ohio Valley, as well as Hawaii and northern Alaska.

The periodical is predicting “cold and snowy conditions in the north, drought in the west, and everything crazy in between.”

RELATED: Warm autumn ahead: Scientists predict above-average temperatures this fall across entire US

In August, Death Valley, California recorded a record high of 130 degrees, the hottest Earth has been in more than 89 years and the third-warmest temperature ever measured. That 130-degree temperature reading is only below the disputed all-time record of 134 degrees at nearly the same spot in 1913.

The summer heat wave in the West was due to an amplified high pressure system, which caused weeks of triple-digit temperatures and dry conditions in the Southwest.