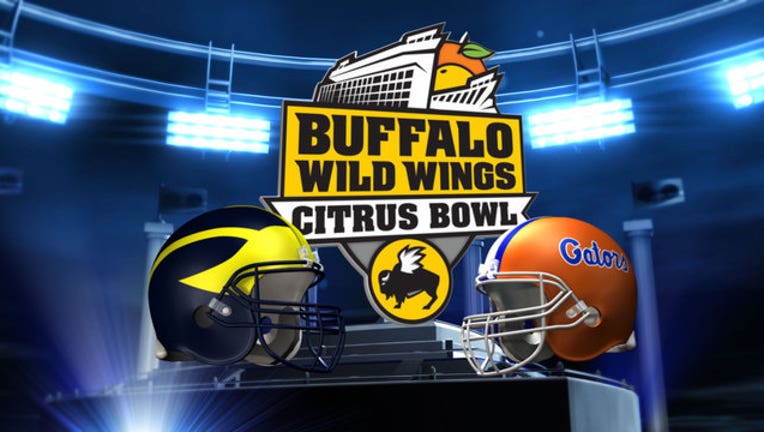 ORLANDO, Fla. (AP) - Jake Rudock threw for 278 yards and three touchdowns and Michigan's defense dominated throughout in the No. 17 Wolverines' 41-7 victory over No. 19 Florida on Friday in the Citrus Bowl.

In a game billed as a battle of two of the top defenses in the Big Ten and Southeastern Conference, the 17th-ranked Wolverines' offense shined bright in their first bowl victory since 2012.

Michigan (10-3) had three touchdown drives of at least 70 yards and finished with 503 yards of offense against a Florida defense that entered the game ranked sixth nationally.

Leading by 10 at the half, Michigan scored on each of its first two possessions in the third quarter to take a 31-7 lead.

Michigan played without safety Jabrill Peppers, who sat out with an undisclosed injury. But the Wolverines didn't miss him, holding the Gators (10-4) to 28 total yards in the second half.