The first tropical wave located near the Windward Islands has continued to become less organized this morning and development of the system is not expected.

"Locally heavy rainfall and gusty winds will be possible across portions of the central and northern Lesser Antilles today," the National Hurricane Center said.

Development chances were at 20-percent, but in an update, the NHC dropped it to zero.

Another tropical wave is producing a large area of disorganized showers and thunderstorms across Hispaniola, the Turks and Caicos, and the southeastern Bahamas.

"Development of this system, if any, will be slow to occur during the next couple of days due to unfavorable environmental conditions." 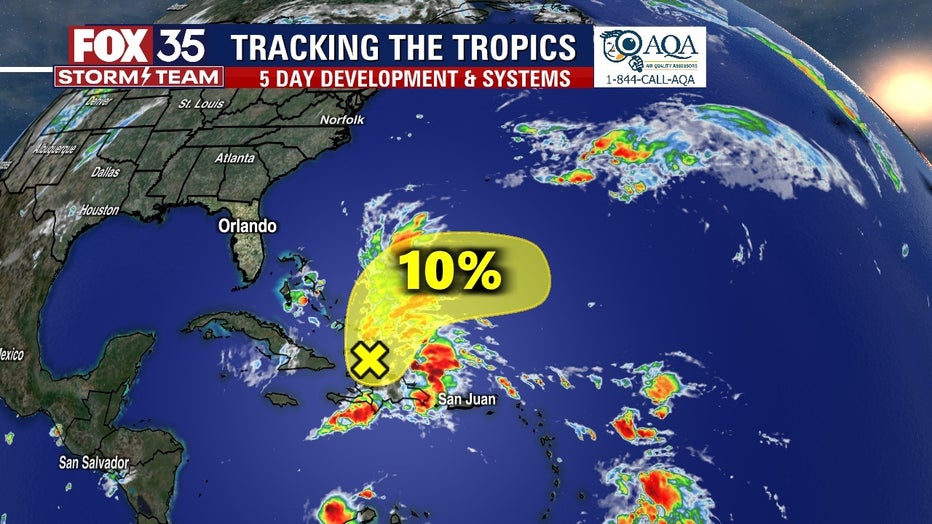 The NHC reports that the system is expected to interact with a front by the end of the week and further development is unlikely after that time. However, locally heavy rainfall is possible over portions of Hispaniola, the Turks and Caicos, and the southeastern Bahamas during the next day or two.

There are less than 2 months left in the 2021 Atlantic hurricane season and so far, we've seen 20 named storms. The next, and last, name on the list is Wanda.