New video of man who pulled gun on customer at Publix

The Orlando Police Department shared a new video of the suspect, who is still on the run.

ORLANDO, Fla. - The Orlando Police Department released a new video of a man who they said pulled out a gun against another customer at an Orlando Publix grocery store.

The new video released gives a close up to the man's face as he walks through the store. He is still on the run, as police have not been able to identify him yet. One of the challenges that they are facing is that he was wearing a surgical mask in the store. They hope that someone in the public can recognize him. 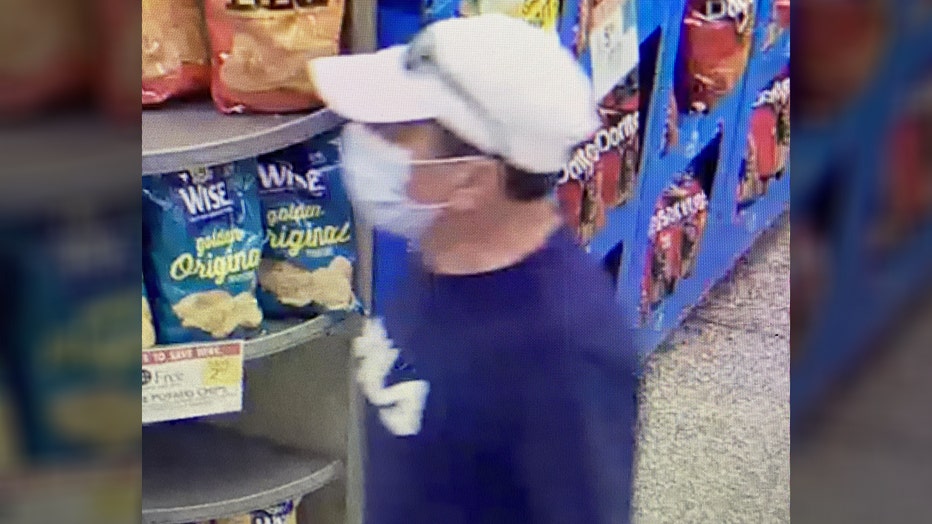 Police said that the man went into the Publix on South Kirkman Road the day before Mother's Day, appearing to shop for balloons, flowers, and steaks. Witnesses said that an argument broke out between customers at the deli counter.

The video shows the suspect clearly pointing a gun at another man in a gray shirt as other customers and workers ran away. At the end of the video, you see the man lower his gun and walk away. Police say no shots were ever fired and no one was injured.

The suspect is described as a Hispanic or white man around 5'7" and 160 pounds.

If you know who he is, or where he is, you contact the police department or Crimeline with an anonymous tip at 1-800-432-TIPS.

Police are looking for a man who pulled out a gun on another customer at Publix.