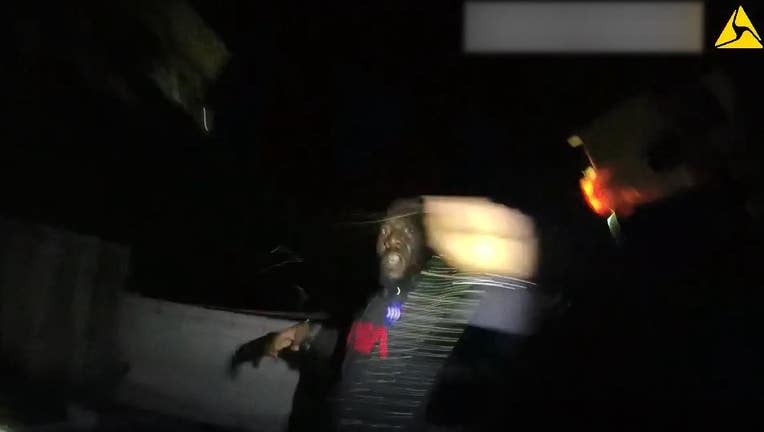 Authorities released the bodycam video of former Titusville Officer Joshua Payne who faces a manslaughter charge in the shooting death of James Lowery. (Photo via digital screengrab from City of Titusville)

An internal affairs investigation revealed that Joshua Payne, who was an officer of the Titusville Police Department at the time of the deadly shooting in December 2021, "found himself in a tense, uncertain, and rapidly evolving situation -in which he violated department policy and acted outside department training," officials said in a statement.

On the night of Dec. 26, 2021, Payne was one of the officers who responded to a violent domestic call along Gayle Avenue after receiving a tip that someone was beating up a woman in the road.

Payne attempted to stop 40-year-old James Lowery who reportedly matched a description of the suspect. Lowery ran from Payne for several blocks. Investigators believe he may have chosen to run from Payne because of the illegal drugs he had in his possession.Payne reportedly tried to stop him by using his taser. When Lowery reached into his pants and appeared to remove an item, officials said Payne drew his gun. Lowery jumped over a fence and Payne followed behind, while holding his taser in one hand and his gun in the other, and fired one round, killing Lowery.

The moments leading up to the shooting were captured on Payne's body camera:

"At no time does our training allow a gun in one hand and a taser in the other," authorities said Thursday. "Investigators believe that Ofc. Payne accidentally fired his firearm as he encountered the fence. Nothing in the investigation revealed any justification for the use of deadly force, nor did it appear the officer intended to use deadly force."

No weapons were found on Lowery or near him, according to a report.

Payne was placed on unpaid suspension after the incident, but was later arrested on a manslaughter charge in Lowery's death on June 1 following the Florida Department of Law Enforcement's criminal investigation.

Payne was hired in July of 2020. He resigned from his position as a police officer the day of his arrest and is no longer an employee with the department.

High-profile lawyers Benjamin Crump and Natalie Jackson filed a lawsuit against the Titusville Police Department on the behalf of Lowery's family.