ORLANDO, Fla. - Forecasters are monitoring a tropical wave over the eastern Atlantic.

The National Hurricane Center says the wave is producing disorganized showers and storms.

"It looks like conditions could become a bit more favorable for some modest development over the next 5 days as the system moves Westward at 15 mph," the National Hurricane Center said.

The system has a 40% chance of developing over the next five days. 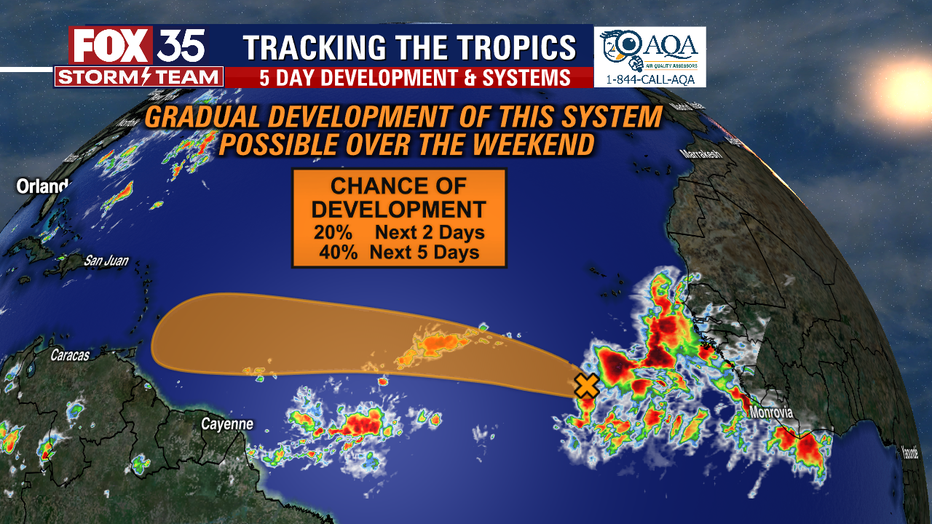 If the system develops longer-term and acquires a name it will be Bonnie, our second named storm of the 2022 Atlantic hurricane season.

NOAA anticipates between 14 and 21 named storms, and between 6-10 of those becoming hurricanes. Of those 10, NOAA said three to six could become major hurricanes (category 3, 4, or 5).

Since the start of the season, which began on June 1, only one named storm has formed. Tropical Storm Alex dumped rain on parts of Florida earlier this month after strengthening into a named storm off the coast of the state.