Marion County firefighters say neighbors rescued a man from his Ocala home, after a fire broke out.

OCALA, Fla. - Marion County firefighters said neighbors rescued a man from his Ocala home after a fire broke out early in the morning.

Sean Sullivan said he used a sledgehammer to break down the back door to his neighbor’s home after noticing smoke and flames coming from inside.

"I grabbed him under his arms and pulled him out the door," he explained.

"As you can see we were not gentle about trying to get in and get him out," said David Gibbs who manages Marie’s Mobile Home Park.

Gibbs said he tried rescuing his tenant from the front door while Sullivan was at the back door. He said the tenant is disabled with one leg.

"After we broke open the back door, we found him lying on the ground unresponsive," Gibbs said. "Paramedics say that he was breathing on his own when they took him up." 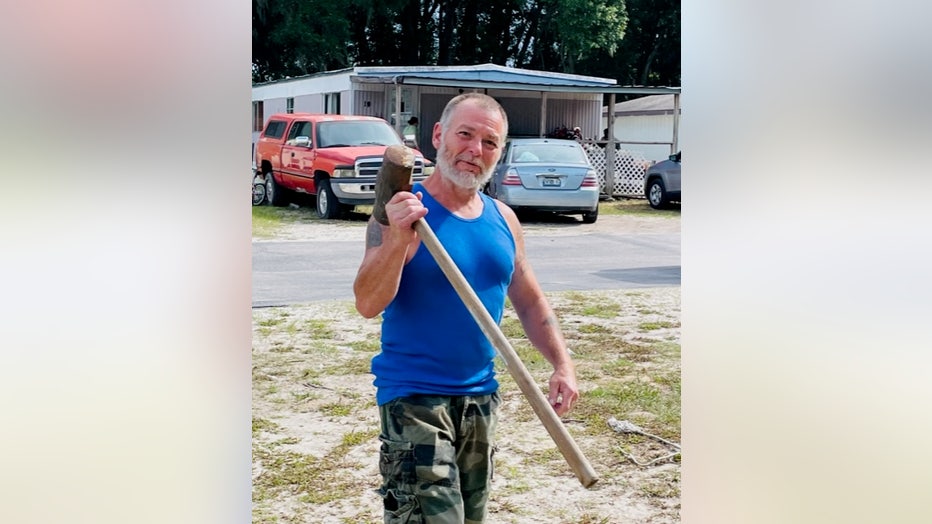 Gibbs said he knew exactly what to do from his military training in the United States Navy.

Sullivan said he learned how to use a sledgehammer at a tire company.

"I swing it an awful lot to break down the beads of tires."

Sullivan recently lost his job, but ironically, he is glad about that now.

"I truly believe if I didn’t lose my job, and I didn’t come out, he would have died in this house."

Sullivan is the one who realized his friend was in trouble. He called for help, then ran to save his neighbor.

"He’s a good friend of mine so I wanted to make sure he got out alive."

Rescuers said they took their neighbor to the hospital. Gibbs told FOX 35 News that the man's home was destroyed and he have to find another place to live.