A Native American community on March 31 honored the victims of the Boulder King Soopers shooting and their loved ones with a healing dance as the area grieves. Credit - Tahnee KillsCrow/Sarah Ortegon via Storyful

BOULDER, Colo. - A Native American community honored the victims of a mass shooting at a Colorado grocery store earlier this month by participating in a healing dance, an event meant to offer peace and comfort amid the tragedy.

Video shared by one of the participants, Sarah Ortegon, and recorded by Tahnee KillsCrow on Wednesday, shows the attendees participating in the dance led by women of the community.

On March 22, a gunman entered a busy Kings Soopers grocery store and opened fire, killing 10 people. Among the victims was a 51-year-old police officer who was the first to respond to the attack. Authorities said the victims ranged in age from 20 to 65.

The dancers at the event in Boulder wore jingle dresses, which are believed to produce healing, KillsCrow said, citing its use among the Anishinaabe people. These Native Americans are made up of the Ojibwe tribe in Canada and Chippewa in the U.S., according to the National Endowment for the Humanities (NEH).

The dance itself began over a century ago when the granddaughter of an Ojibwe medicine man fell sick, the National Congress of American Indians (NCAI) explains on its website. He dreamed of women as his spirit guides wearing the jingle dresses and dancing.

"The women taught the man how to make the dress, what songs to play, and how to perform the dance. The spirits told him that making the dress and performing the dance would make his granddaughter well," the NCAI wrote. 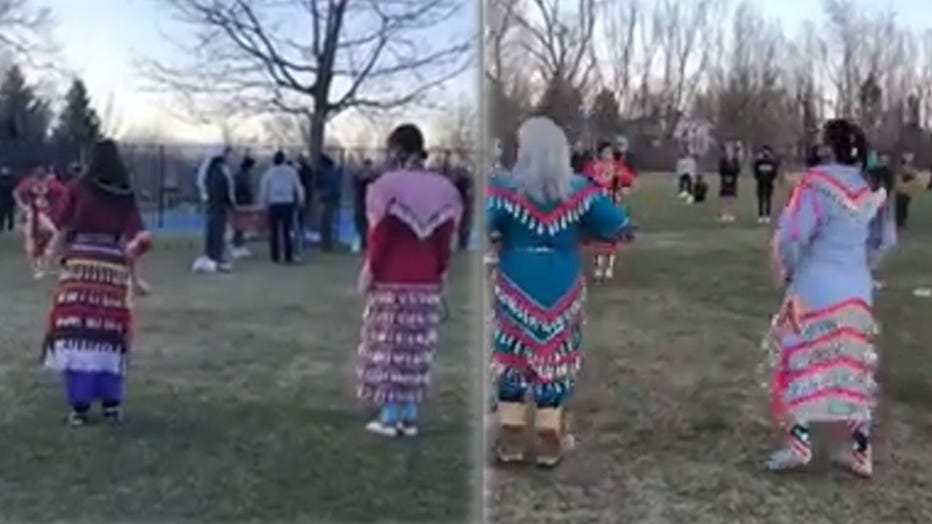 The dance, which is characterized by light footwork and the jingle of metal cones, has since spread into the Dakotas and across Native American tribes, the NEH said.

"It is important for everyone to see the healing and how it helps the non-Native community to heal from such tragic events," KillsCrow told Storyful.

The video showed dozens of participants at the healing dance, which was held across the street from the scene of the shooting, according to KUSA-TV. A large memorial has since grown in front of the store.

"The purpose of this is to help begin the healing process for this community because we are so broken up about what happened last week," an attendee told the local station. "Today there are 10 people that cannot dance."