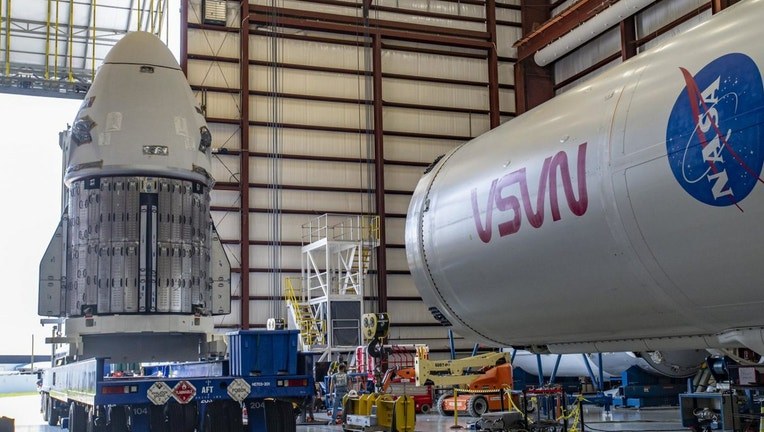 LAKE MARY, Fla. - NASA and SpaceX have announced that the Crew-5 mission to the International Space Station will be planned for no earlier than Tuesday, Oct. 4, due to Hurricane Ian. The window for launch on Tuesday is 12:23 p.m. EDT.  A backup opportunity is available on Wednesday, Oct. 5.

NASA astronauts Nicole Mann and Josh Cassada, Japanese Space Agency (JAXA) astronaut Koichi Wakata, and Roscosmos cosmonaut Anna Kikina have been preparing for the launch at Johnson Space Center in Houston during the final weeks before they travel to Florida for liftoff on a SpaceX Falcon 9 rocket.

There are a few reasons this particular crewed mission is unique. Mann, the Crew-5 commander, and pilot Cassada were both previously assigned to fly on Boeing's Starliner spacecraft, the second spacecraft NASA selected under the commercial crew program to fly astronauts to and from the ISS. Starliner completed its final uncrewed test earlier this year but has yet to fly astronauts to the space station. 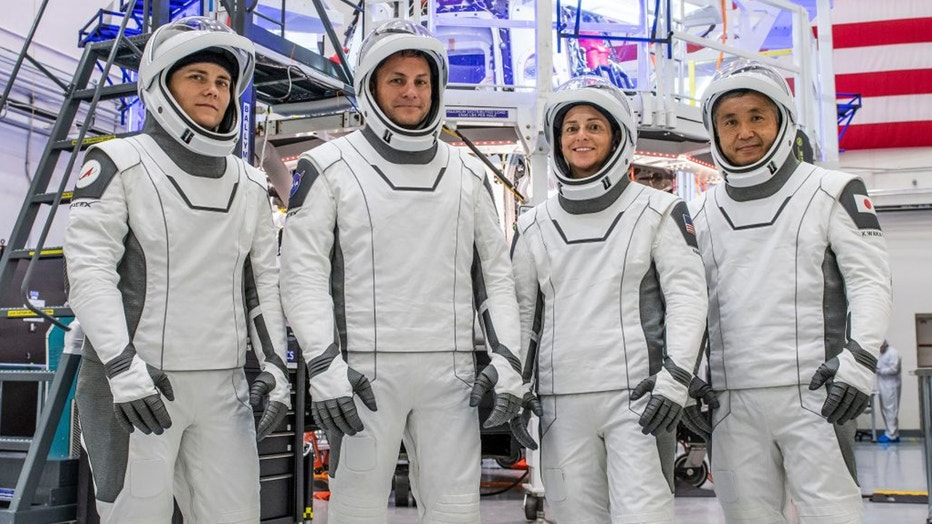 The four members of the SpaceX Crew-5 mission pose for a portrait in their Crew Dragon flight suits at SpaceX headquarters in Hawthorne, California. From left are Mission Specialist Anna Kikina from Roscosmos; Pilot Josh Cassada and Commander Nicole

It will be the first time in space for all but one of the Crew-5 astronauts. Japan's Koichi has spent more than 347 days in space from his spaceflights on two Soyuz missions and Space Shuttle Endeavour.

For the first time since SpaceX began launching NASA astronauts from American soil in 2020, the Russian Space Agency and NASA have traded a seat onboard the commercial spacecraft. Kikina will be the first cosmonaut to fly with SpaceX. The Crew-5 member will also be the second female cosmonaut to launch from Florida. In 1997, Russian cosmonaut Yelena V. Kondakova launched on NASA's Space Shuttle Atlantis.