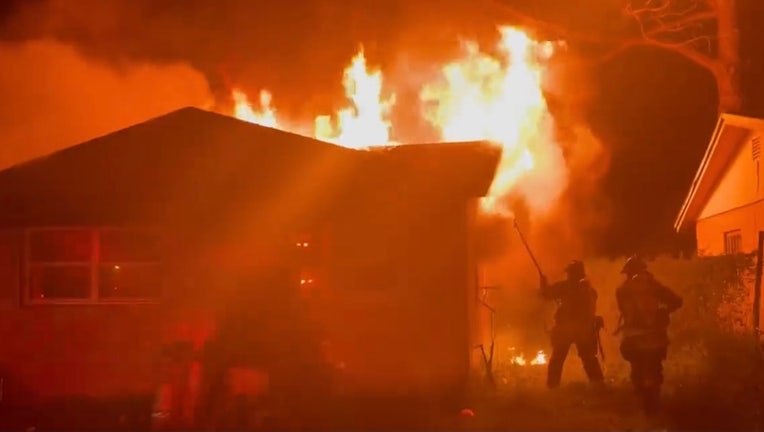 ORLANDO, Fla. - A fire broke out at a home in Orlando early Wednesday morning.

Firefighters with the Orlando Fire Department responded to the home located on Willie Mays Pkwy.

"Three Engines, two Towers, one Rescue, our Heavy Rescue and two District Chiefs arrived on the scene," the department tweeted.

Video shows firefighters swarming the home to battle the flames that were shooting out from the roof.

No injuries have been reported.

The cause of the fire is under investigation