The City of Altamonte Springs announced this week that the Mu variant of COVID-19 was found in its sewer system.

ALTAMONTE SPRINGS, Fla. - The City of Altamonte Springs announced this week that the Mu variant of COVID-19 was found in its sewer system.

Using ddPCR testing protocols, Martz said the city's lab "detected the R346K mutation in double-positive droplets with the 145N insertion (ins145N) mutation, which is a signature found in the Mu (Colombia, B.1.621) Variant. Those two mutations, when in combination with one another, reflect the genomic signature found in the Mu Variant. The Mu Variant includes mutations from the Delta Variant and the Alpha Variant in the same virus genome."

Martz said the detection was at "low concentrations."

"It’s a representative sample of what every human being is contributing to that system and the importance of testing the sewage is it allows us to see what’s in the system relative to the COVID before people even get sick," Martz said. 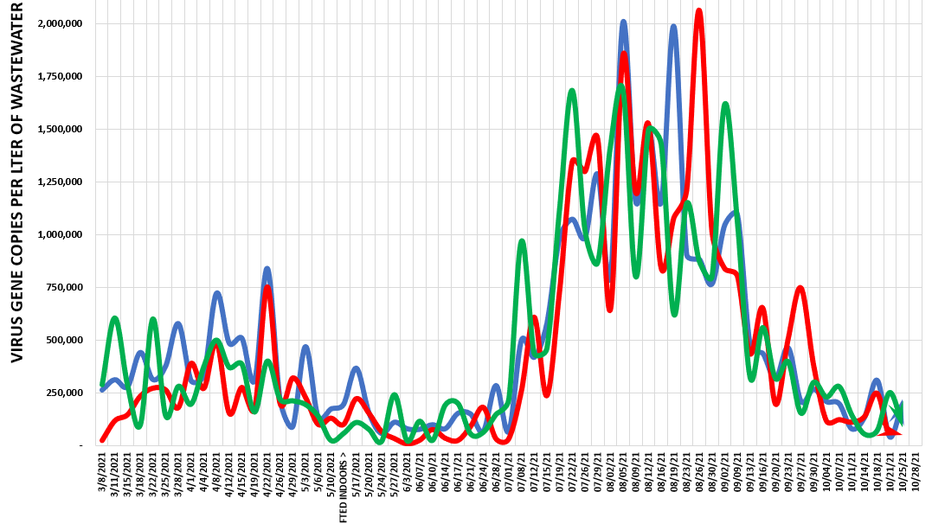 He said the City of Altamonte Springs will continue monitoring its sewage for emerging variants and trends over time.

"Is it a concern right now? We don’t know enough about it, but I will tell you is anytime you see something that’s new you just want to know how is it going to affect our community," Martz said.

The city has been sewer water since April 2020 and became one of the first cities in the United States to start testing sewage for coronavirus.

"The importance of testing sewage for COVID is that we can detect the virus before people who are infected show symptoms. We share that information with local hospitals, and local, state, and federal agencies," Martz said.