Margaret Cortes said she hopes to employ others with disabilities at the Illinois bakery in the future.

Galva, Ill. - An Illinois mother opened a bakery to make sure her son with cerebral palsy would have a job when he graduates high school.

Margaret Cortes opened Special Kneads Bakery in Galva, Illinois in 2018 after she found herself unemployed, according to the shop’s Facebook page. She researched what types of businesses the area may need, and decided on a bakery.

Her son, Frankie, is a senior at Geneseo High School and now works in the front of the shop, according to KWQC-TV. 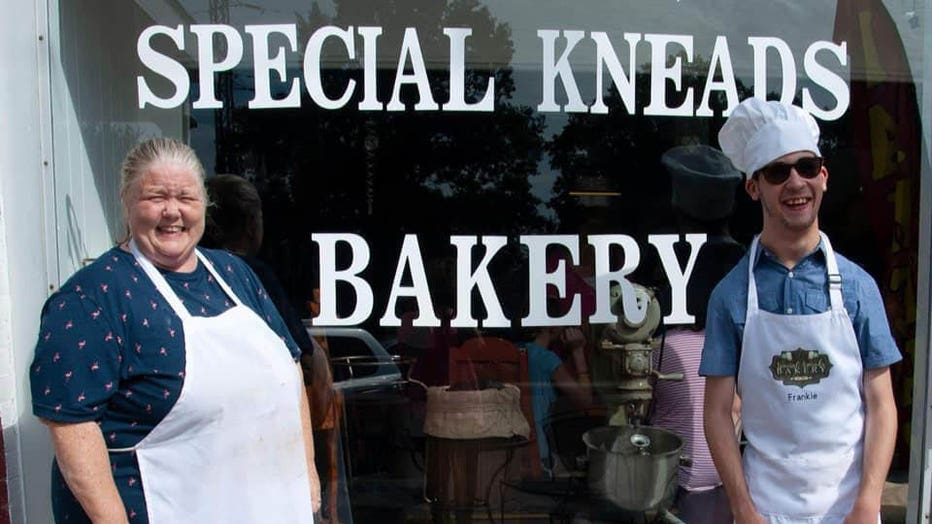 “Our local bakery had been in business for over 80 years and the owner just closed shop on 12/31/17,” she wrote on the Special Kneads Bakery page. “Bingo that is it! Let’s open a bakery to provide for my family and for there to be a place for Frankie when he enters the workplace.”

Margaret said when her son was a baby, doctors did not know if he would ever be able to walk or talk, according to KWQC.

“He’s got a lot of diagnosis going against him,” Margaret told the station. “He’s got cerebral palsy. He’s got Dandy-Walker variant, which is a malformation of the brain. He’s got vision issues so he’s blind in one eye.”

But despite all of this, Margaret said she has always seen her son as more than capable of doing many things in life.

"He can sing, he can dance, he can run, he can jump," Margaret told the station. "It was just important for me that he didn't end up just working in a factory or working where he wasn't getting that exposure to other people."

Frankie, who told KWQC that he loves working at Special Kneads Bakery, said he’s ready to work more and become a college student.

“I just try and treat everyone with respect and make them smile,” Frankie told the station. “I like serving the community because it makes my heart feel good.”

Margaret said her intention is to provide educational and vocational opportunities to other students and young adults with disabilities at the bakery.

She added that it’s been amazing to witness how far her son has come in life.

“He came from a place where he was a floppy baby until he was 18 months old, meaning that he couldn’t sit up straight. He couldn’t hold himself up, to walking at 3 years old, to being potty trained by 7,” Margaret told KWQC. “You know, all these milestones that he’s hitting. And now they’re just happening one after the other after the other. It’s amazing.”