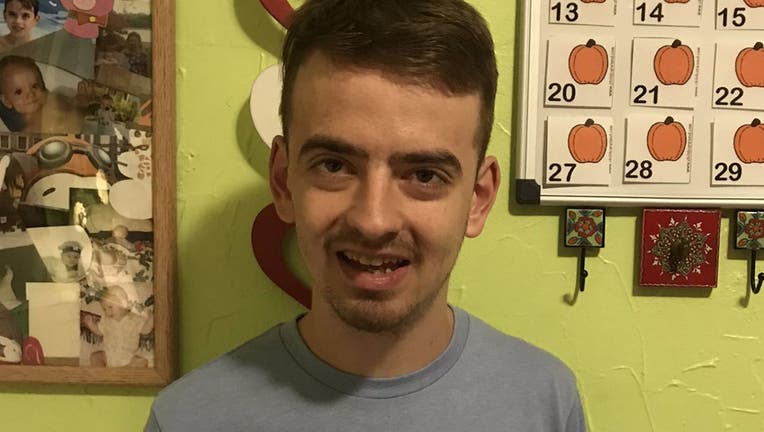 NEPTUNE BEACH, Fla. - A Florida mother’s viral tweet about her lonely autistic son asking if people would “like” him has inspired a flood of messages of support from strangers online.

Kerry Bloch’s 21-year-old son, David, had been nonverbal most of his life and had grown lonely after developing severe immunodeficiency disorder that caused him to be home-schooled and isolated from other kids in Neptune Beach.

"His grandma lived with us for five years after her stroke. She passed a little over a year ago, so now it’s just the three of us," Bloch exclusively told Fox News on Saturday. "We are pretty isolated here and have prayed continually that David would find friends."

David, who speaks only when prompted, gave his parents, Kerry and Robert, quite the surprise when he spontaneously asked them a question for the first time: “Would someone like me?”

When Bloch took to Twitter to share a picture of David and his heartfelt question, she didn’t expect it would garner thousands of retweets and responses from people around the world.

“Tell David, he has a friend from London... and my family. Much love,” one user tweeted with a picture of himself and his three children.

Many other responses came from people who also have loved ones with autism.

“My son is Autistic too. He's 30 years old and works a part time job on the local Navy base, he assembles lens for glasses,” tweeted another user. “We [love] you David!”

“Oh, my goodness. This is so beautiful! Your son gives me hope. My nephew (8) is also autistic and nonverbal, and works SO HARD every day,” another person wrote. “We love him so fiercely and pray he will find his voice. What an inspiration you are! What a hero!”

Even Rosie O’Donnell replied to the viral tweet, writing “i like u” with a heart and a thumbs-up emoji.

Bloch told Fox News she and she and her family are “overwhelmed” by the online support. “The outpouring of love for our son is mind-boggling,” she said.

Though the replies continue to flood Bloch's post, she said they are still trying to thank everyone individually.

“David doesn’t ever want to leave anyone out,” she said. “But it might take a while.”