Cory Mills said he was excited and thankful for the opportunity to represent Florida's newly-redrawn 7th District. He will face Democratic challenger Karen Green in November.

LAKE MARY, Fla. - Florida voters will elect at least six new members of Congress this year – four because incumbents are retiring or seeking higher office and two because of the creation of a new district and the redrawing of a current district, which pits two incumbents against each other.

One of those incumbents who is retiring is U.S. Rep. Stephanie Murphy, a Democrat representing Florida's U.S. House District 7.  That district has been redrawn by a Republican-led Florida Legislature that will likely favor a Republican in November. 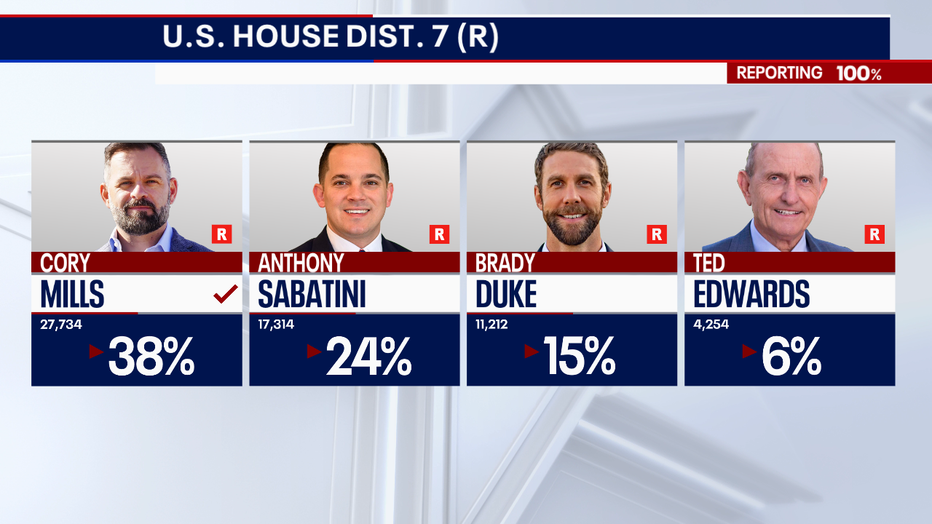 Cory Mills was projected to win the Republican nomination in a contentious primary that also featured another high-profile Republican, State Rep. Anthony Sabatini.

Karen Green, a former Florida Democratic Party vice chair, has won her primary.  Green and Mills will face off in November to represent the district that extends from Seminole County to the Atlantic Coast. 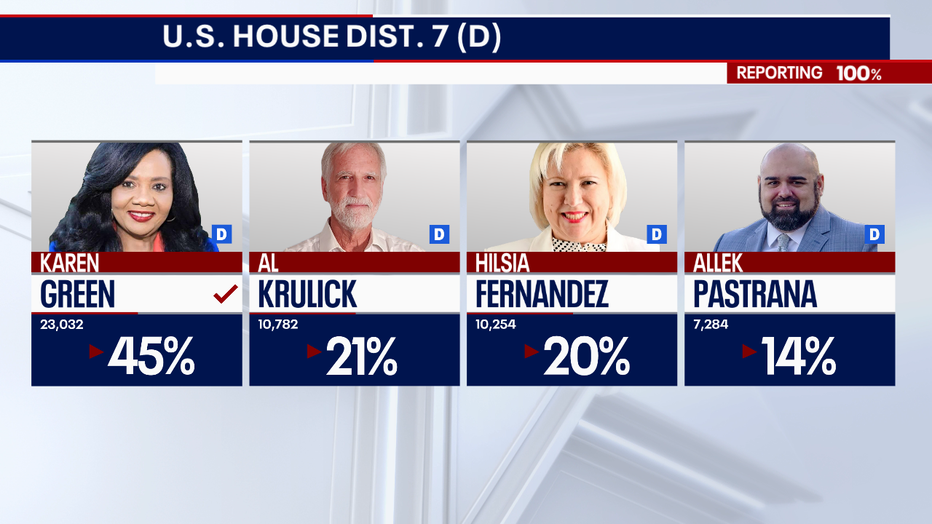