Video from East Lake Fire Rescue shows a fire rip through a million-dollar home in Oldsmar.

OLDSMAR, Fla. - Flames ripped through a home in Oldsmar, destroying most of the two-story residence.

When East Lake Fire Rescue received the report about the fire around 10:50 p.m. Monday, the caller said the fire can be seen in the garage and the house was full of smoke. When firefighters arrived, they saw heavy smoke and fire shooting through the roof. The home is located in the 1800 block of Murfield Way. 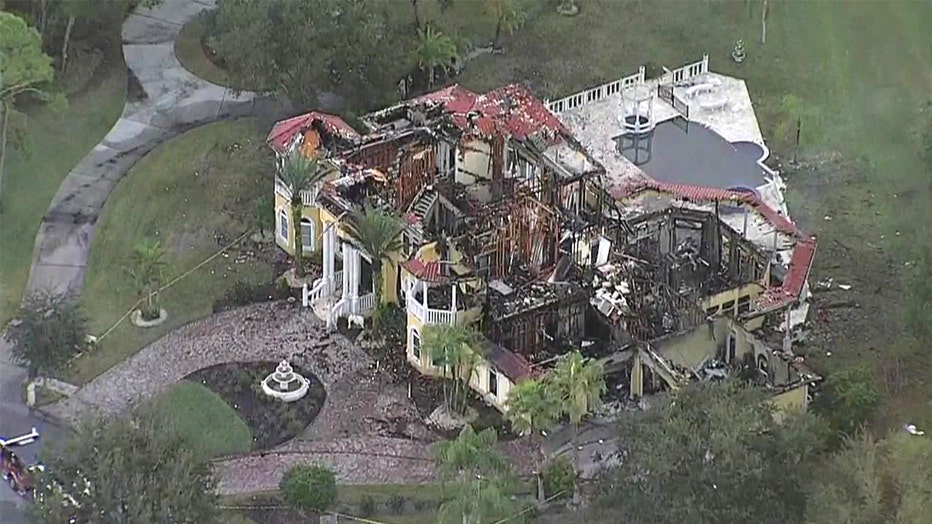 The view from SkyFOX shows the 10,000-square foot home is gutted. The roof is gone.

Five surrounding agencies responded with 30 firefighters. The fire was under control in 90 minutes, according to East Lake Fire Rescue, and three people inside the million-dollar home self-evacuated and got out safely.

“It was a challenge to extinguish the fire, but fortunately, crews were able to put the fire out without anyone getting hurt,” Jason Gennaro, deputy fire chief, said.