LAKE ORION, Mich. (FOX 2) - A young man from Lake Orion, Mich. stunned everyone when he was suddenly dealing with a life-threatening mystery illness. But what's even more shocking perhaps, is what caused it and his recovery.

With concentration and will power, 19-year-old Dylan Kade is now able to stand and walk, though at the moment FOX 2 was there big brother Chris was cautiously behind him. Watching Dylan learn to walk again is awe-inspiring and at the same time, heart-wrenching.

A 19-year-old from Lake Orion, Mich. is making a miraculous recovery after a mosquito-borne illness left him in the hospital for five weeks, even temporarily paralyzing him.

"They didn't know if I'd be paralyzed from the waist down or not," Dylan said.

In a hospital bed for weeks, the possibility of paralysis was shocking for the young man known for his physical strength. As a young teen he was the kid who suddenly decided to ditch Twinkies and take up CrossFit. And it became his passion.

As a Lake Orion High School sophomore, Dylan was considered one of the top CrossFit contenders in the world. Years later, the training continued until a strange day in late June of this year.

"He was really sick. They couldn't figure out what was wrong with him and he just kept getting sicker and sicker," said mom Mary Kay Kade.

"He was having some headaches, some fevers, and that kind of progressed to nausea and vomiting," said Dr. Steve Wilson.

And then without much warning or explanation, his sickness got really serious really fast and Dylan ended up at the University of Michigan Mott Children's Hospital, where Dr. Steve Wilson was part of the team trying to figure out what was wrong as Dylan kept getting worse. 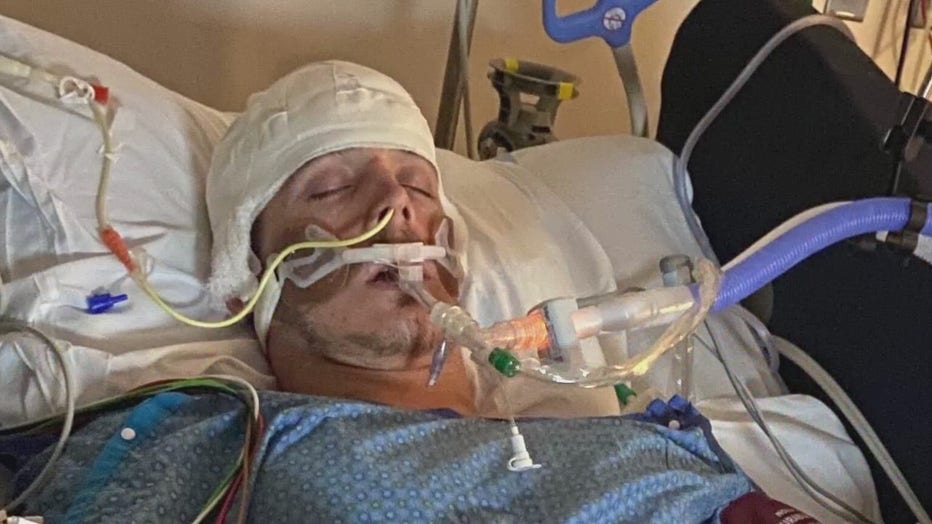 "He actually started getting a lot of swelling and inflammation in the brain. And that's what caused sort of the confusion that we saw; that's what caused the visual changes and ultimately that's what led to him needing to be intubated, or having a breathing tube placed to help him breathe," said Dr. Wilson. "It's lif- threatening."

For Mary Kay, it was hard to believe what she was seeing.

"The very worst day was when they had done a head MRI and they showed me the pictures and there was brian, cell damage they said, and it was all white. And they said we don't know if it's going to get better or not. And here, I'm looking at him laying and he's got tubes and every wire you can think of and tracks of medicine going in him and his hands are all curled up and he couldn't move a thing, and I just thought, oh my gosh."

"His infection was so severe that it was affecting his brain's ability to signal to his lungs to breathe normally," Dr. Wilson said.

Weeks went by and then Dylan's spinal fluid was tested, sent to labs and eventually, doctors had an answer.

The infection was caused by the very rare, mostly unheard of, Jamestown Canyon virus - which comes from a mosquito bite.

"Typically, when patients are infected, it's silent, meaning they don't show any symptoms," Dr. Wilson said. So why did the virus prompt a life-threatening reaction for Dylan? No one knows, but as doctors were caring for him so many others were caring for the Kade family.

"I have had the support of this community, our friends, our relatives. It's just been amazing and I'm so grateful that I was able to be with him because we didn't know what was going to happen. I just thank God," Mary Kay said. 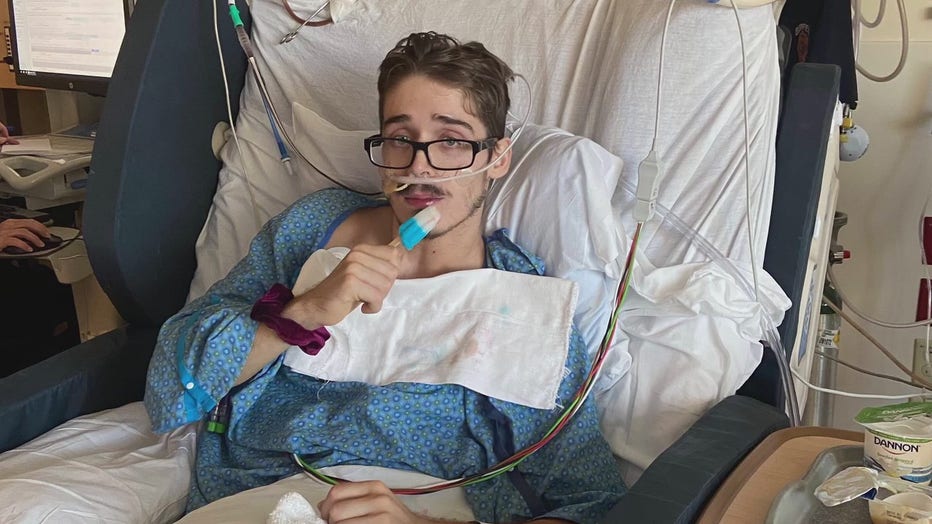 As the CDC works to confirm Dylan's virus, he is now showing signs of progress. The swelling in his brain has gone down and then after weeks in the hospital, Dylan surprised everyone.

"The virus sort of triggered this autoimmune process that kind of caused inflammation in his spinal cord and in his brain, effectively paralyzing him. So his upper and his lower extremities, he couldn't move them when I first met him," Dr. Wilson said.

Dylan took his first steps on his own on August 20, and so began the next chapter of healing. There is a lot of therapy to go, but just like the boy who decided to become a CrossFit competitor, Dylan's determined.

"It's really humbling to be set back like this. I just need to focus on what I can control and keep moving up and get back to where I was," he said. 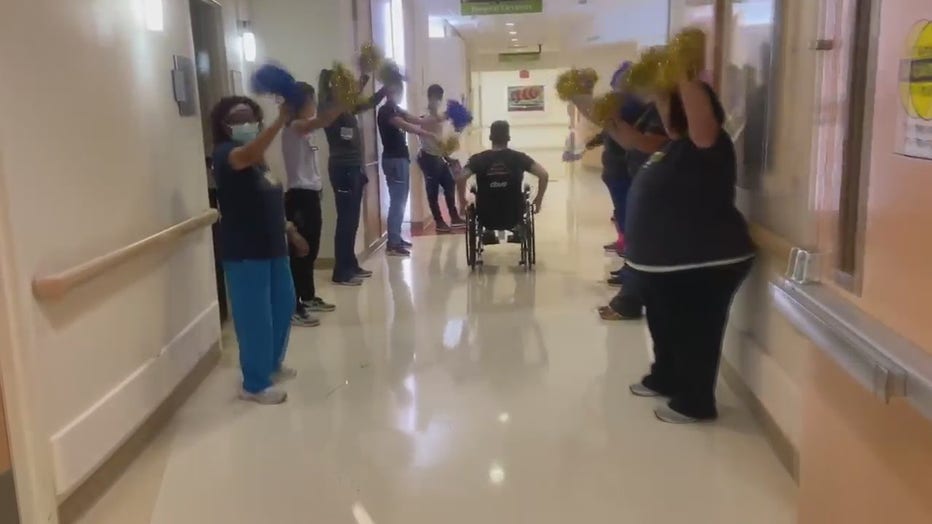 After more than five weeks in the hospital, Dylan is home now and working hard to get stronger every day. While his progress is celebrated, it is also still tough on the family.

His father struggles with early-onset dementia so this has been an especially tough time for the Kade family. Dylan's medical costs are also expected to be astronomical. If you'd like to help the family and make a donation, you can do so via their GoFundMe here.

When it comes to Jamestown Canyon virus, the State of Michigan has only reported a handful of cases since 2018. It's spread by mosquitos that have fed off other animals who have it. It's rare, but keep avoiding mosquito bites as much as you can. Dylan still isn't sure where he was when he got bit.