Ring doorbell video captured the moment the FBI knocked on Casey Cusick’s front door of his Palm Bay home, guns in hand.  The 36-year-old was handcuffed the second he answered the door and steps outside.

MELBOURNE, Fla. - Ring doorbell video captured the moment the FBI knocked on Casey Cusick’s front door of his Palm Bay home, guns in hand.  The 36-year-old was handcuffed the second he answered the door and steps outside.

"Why is he…?" Casey Cusick’s wife is heard asking the agent.

"We have an arrest warrant for him, but we need you, ma'am, to step out," the Special Agent responds.

"Why do you have an arrest warrant?" Casey Cusick’s wife asks.

"It’ll be explained, but we need you out of the house," the Special Agent says.

Casey Cusik’s wife is seen in the video walking outside with their two and four-year-old daughters clearly confused and calls her sister-in-law in Melbourne where a similar scene was playing out.

She said she and her dad James Cusick were equally confused when federal agents showed up at her dad’s home.

"He said, why are you here? They said the events on January 6th.  And he’s like what?  Are you serious?" Staci Peterson recalled. 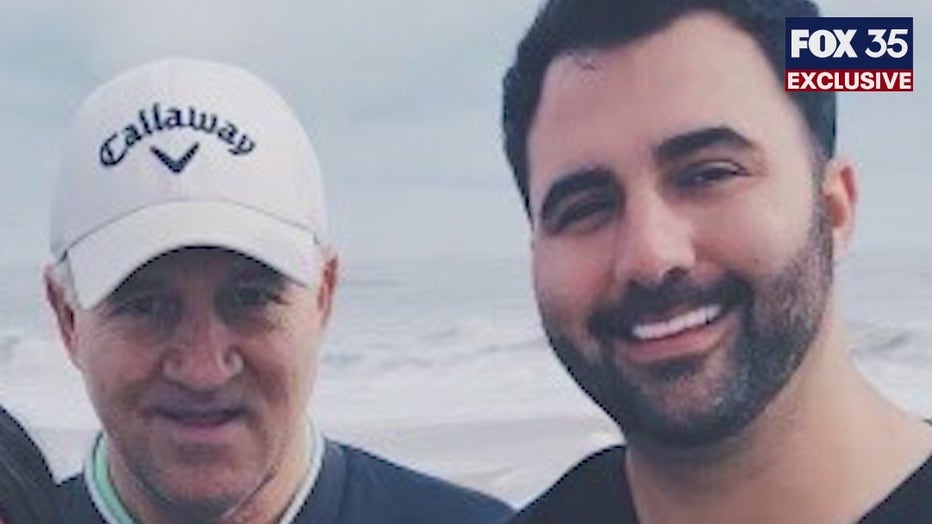 The Cusick’s knew their dad – a pastor of 40 years, a Vietnam veteran awarded a Purple Heart and a Gold Star – and their brother – described as a hardworking family man – were at the nation’s Capitol Building on January 6th.

"My dad is very patriotic, so to see him go to D.C., it was like, ‘Ok, let us know when you’re home.’ It wasn’t a big deal to us. I had no worries about it or anything," Staci Peterson said.

Law enforcement body camera captured James wearing a white turtle-neck and black jacket inside the capitol at 3:16 p.m.  Another shot shows Casey behind him wearing a red beanie.  The father and son, and a member of their bible study group are charged with knowingly entering a restricted building, disorderly disruptive conduct, and violent entry on capitol grounds.

"What they were saying was happening, I did talk to him while he was up there, it was just completely different," Katie Cusick said.  "I thought it was very different from their side of the story. Apparently, there were different time frames. Things that were going on," Staci Peterson said.

Reading through the arrest affidavits, the feds do not spell out or accuse the two or their friend of any specific acts of violence or vandalism.  According to their indictments geo-tracking on their smartphones place the Cusicks inside the Capitol Building on January 6th.  So do the police bodycam pictures.

The Cusick's want all four misdemeanor charges against their dad and brother dropped.

"I stand behind him 100 percent and my brother," Stacie Peterson said.

The Cusick’s cases are now being handled in federal court out in Washington D.C.  They are scheduled for two hearings via Zoom next month. So far, no trial date has been set.