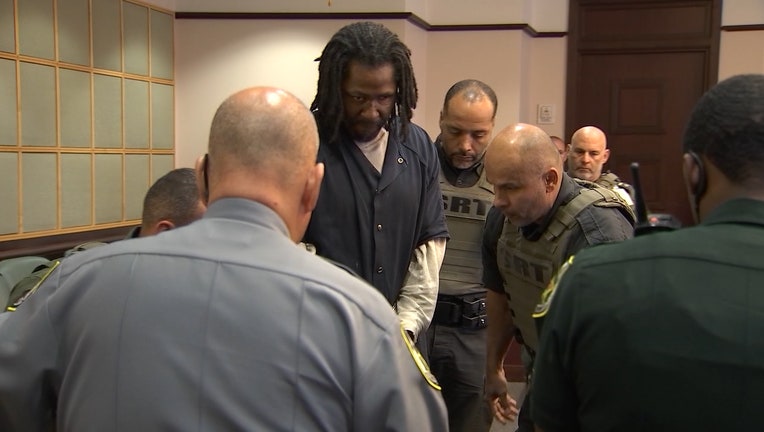 ORLANDO, Fla. - The man convicted of killing his pregnant girlfriend, who also awaits a trial in the murder of an Orlando police officer, was in court on Wednesday for a hearing concerning the latter.

Markeith Loyd was surrounded by a noticeable increase in courtroom security.  He was thrown out of his last court appearance after calling Judge Leticia Marques a few choice words.  This time, he sat behind a partition hiding from a TV camera and kept silent.

Judge Marques told Loyd’s attorney, Terence Lenamon, that if he plans on filing a notice of insanity of mental health defense, that needs to be done by March 2.  Loyd’s attorney was okay with that, but he complained to the judge he did not feel the deadline for listing witnesses was fair.

Loyd is still awaiting trial for the murder of Orlando Police Lt. Debra Clayton, which is expected to begin next year.