The singer first released the song in 1994 as part of her holiday album.

"It’s almost time..." Mariah Carey tweeted, alongside a picture of a red glittery piece of clothing draped alongside a warm and cozy-looking bathtub.

Then, she tweeted a video of her sitting in the bath, full of bubbles with her back to the camera. The iconic beginning notes of her hit "All I Want For Christmas Is You" begin to play before a record scratch brings the song to a halt and Carey shakes her sudsy finger "no."

She shared that tweet with another video of her in the bathtub.

"We want to listen to ‘All I Want,’ a child’s voice says.

"Not yet," Carey chides sweetly.

"Well, can we at least decorate the tree?" the child asks.

"Not yet!" Carey answers more definitively.

She tweeted the teaser on Oct. 16, which is more than two weeks before Nov. 1 — the day she’s previously officially declared the start of the Christmas season.

RELATED: 1-on-1 with Mariah Carey on her holiday classic, new Christmas special and more! 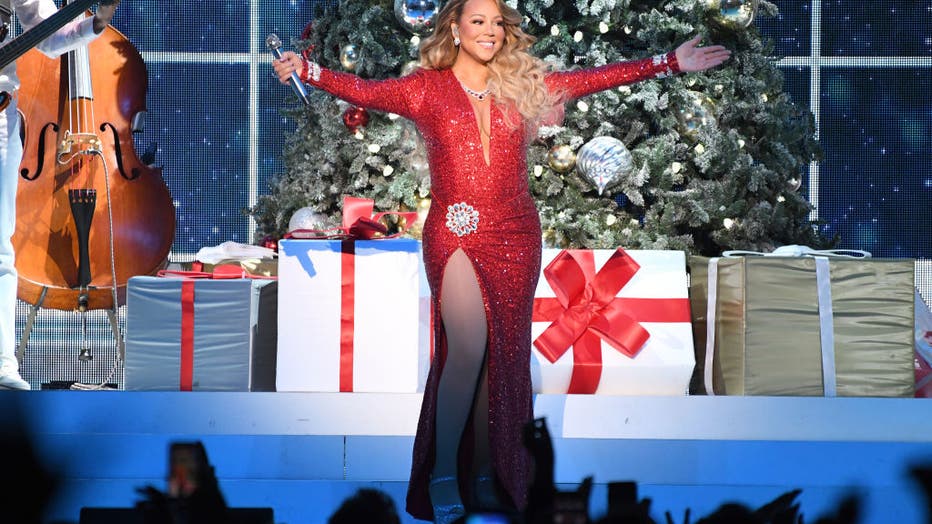 Mariah Carey performs onstage during her "All I Want For Christmas Is You" tour at Madison Square Garden on December 15, 2019 in New York City. (Photo by Kevin Mazur/Getty Images for MC)

Carey's hit holiday track gets a massive spike in sales and streams every December, though many Christmas enthusiasts begin listening much earlier than Dec. 1.

Last holiday season, despite being nearly three decades old, the popular Christmas track made yet another unprecedented return to the Billboard Hot 100 song charts.

According to Billboard, the 2021 return to No. 1 marked the first time a song ever reached that level of popularity in three distinct runs. The song was originally released on her 1994 album "Merry Christmas" but it didn’t reach the top 10 until 2017 when streaming led to renewed interest in older Christmas songs.

Time will tell if the 2022 holiday season holds the same fate.

This story was reported from Detroit. FOX Business contributed.