A South Carolina man on his way back home from a trip to Walt Disney World was arrested after Flagler County deputies said he pushed a pregnant family member and then threatened to kill a witness.

FLAGLER COUNTY, Fla. - A South Carolina man on his way back home from a trip to Walt Disney World in Florida was arrested after deputies said he pushed a pregnant family member and then threatened to kill a witness after an argument escalated at a fast food restaurant in Palm Coast.

According to the Flagler County Sheriff's Office, Thomas and a family member who is pregnant had left Disney and were at the McDonald's at 6030 State Road 100 East when they got into an argument in the parking lot. At some point during the argument, deputies said Thomas pushed the family member "multiple times, prompting a witness to confront Thomas about it."

That's when Thomas allegedly pointed a revolver at the witness and threatened to kill her, the sheriff's office said.

Deputies said when questioned about it, Thomas denied pointing a gun at anyone. 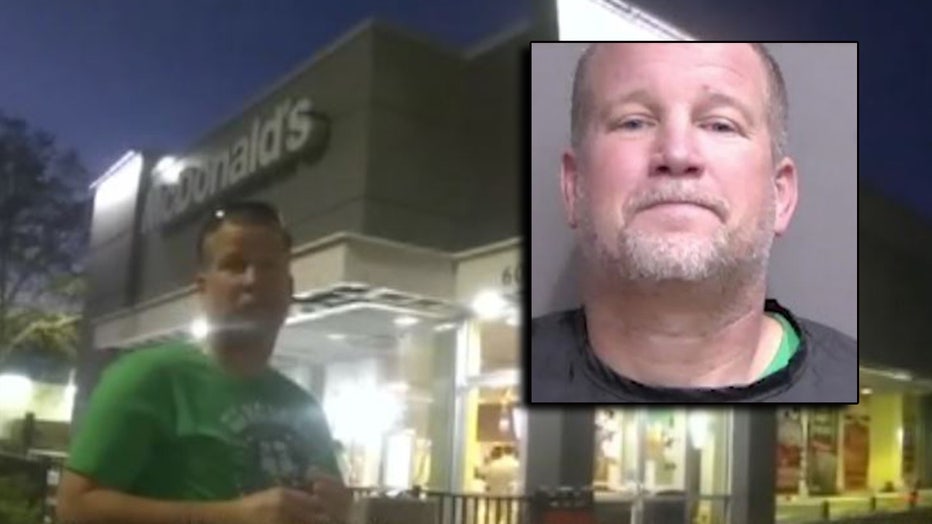 "I don't think I did anything wrong," Thomas is heard saying in a bodycam video from the Flagler County Sheriff's Office.

MORE NEWS: Snow fell in Florida earlier this year: Will it happen during the cold Christmas weekend?

He was arrested for aggravated assault with a deadly weapon and aggravated battery on a pregnant person after the witness provided video of the incident, which deputies said she had recorded on her phone as it was happening.