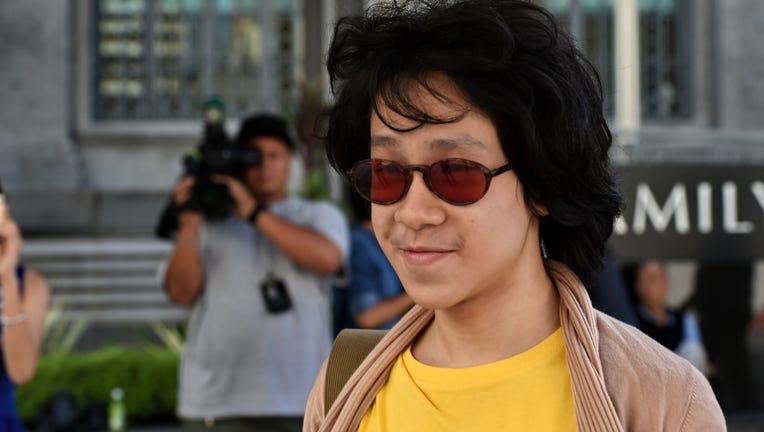 Amos Yee, 16, arrives at the state court in Singapore on June 2, 2015. A Singaporean teenager has been remanded in custody for a third time on June 2 after he re-posted an expletive-laden controversial video attacking the city-state's founding leader

CHICAGO - A blogger from Singapore who was granted asylum to stay in the U.S. faces child pornography charges, according to prosecutors.

Amos Yee appeared Friday in court in Chicago on solicitation and possession of child pornography, according to the Chicago Sun-Times. He was being held on $1 million bail.

If the 20-year-old is convicted, he could lose his asylum status. He was taken into custody Thursday at his Chicago home.

In 2016, Yee was detained at O'Hare International Airport after fleeing Singapore. His online posts mocking and criticizing the Singapore government twice landed him in jail. He was granted asylum in September 2017.

Prosecutors alleged he exchanged messages with a 14-year-old Texas girl last year that included nude photos. He also allegedly used his now-defunct YouTube channel to advocate for pedophilia, according to prosecutors.

In court, Yee's assistant public defender called him an "internet troll" who's "all over the internet saying fantastic things."

Yee made several attempts to defend himself during the hearing, prompting his assistant public defender to tell him to keep his "mouth shut," according to the newspaper.

Yee has been banned from using the internet while awaiting trial.

His next court date was set for Nov. 5.