A Mississippi man was devastated after discovering that his missing dog was fatally shot by a neighbor who left a note and the collar of his beloved pet hanging on his mailbox.

PICAYUNE, Miss. - A Mississippi man was devastated after discovering that his missing dog was fatally shot by a neighbor who left a note and the collar of his beloved pet hanging on his mailbox.

Chad Stricker, of Picayune, Mississippi, searched for his missing dog Nymeria for six days before the note and collar appeared in his mailbox on Dec. 12, “just as I was leaving to take my daughter out to dinner for her 18th birthday.”

“I am sorry to inform you that your dog was shot and killed Saturday night while digging through my garbage,” the note read. “It did not suffer and I did not take pleasure in killing it. There is a county leash law which you should abide by so that I do not have to kill any more of your pets.”

Stricker said he was “shocked and in disbelief when I first read the letter along with being heartbroken over my girl being killed for something so frivolous.” 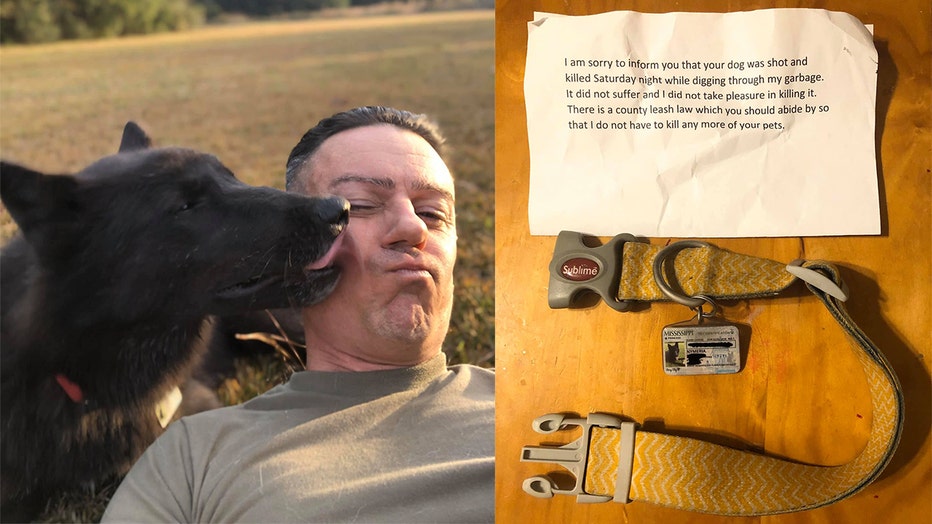 Chad Stricker, of Picayune, Missippi, was devastated after discovering that his missing dog Nymeria was fatally shot by a neighbor who left a note and the collar of his beloved pet hanging on his mailbox.

The owner said that Nymeria, who was still “just a puppy” had turned 10 months old, and was killed the night she went missing.

“You allowed myself and countless other people to waste their time looking for my baby who was already dead,” Stricker wrote in a Facebook post directed toward the neighbor who shot Nymeria.

“I am distraught after living on this property for 21 years and knowing one of my neighbors is capable of performing such a violent insensitive act,” he said.

Stricker said Nymeria was “one of the sweetest puppies and loved kids as well as other dogs.”

“She was very balanced and non-aggressive. There was no reason to take her life over garbage. All the owner had to do was notify me that there was an issue and I would have taken care of it, plain and simple,” he said.

Nymeria’s owner said he does not know who shot her, adding that he would like his precious dog’s body back to give her a proper burial and for the sake of closure.

“If it wouldn’t be too much trouble could you please leave me another note in my mailbox (because obviously you’re too much of a coward to call me) and tell me where her body is so that I can give her a proper burial or if you’d like just put her at the beginning of my road,” Stricker wrote in his Facebook post. “I hope you feel good about your actions as they reflect the type of person you really are. I pray one day you come to realize what you have done and teach those in your household to be better.”

“Unfortunately we see that a lot,” Treadaway said. “This dog lost its life over an invisible line it can’t see. As soon as an animal goes onto someone else’s property, that leash law goes into effect. But just because it’s law, doesn’t make it right what this person did.”

The leash law in Pearl River County requires all animals to be fenced in or restrained on a leash, even if the owners are not within city limits.

Stricker acknowledged that the person is “in their legal right to shoot an unleashed animal on their property if they want to.”

“Despite if the owner has been warned or not or if the animal is a threat or not. Only legal action I could take would be a civil case for what I paid for her,” he said.

But Stricker said the person who shot Nymeria “never gave me a chance to correct the problem.”

“You never came to me and told me my dog was tearing up your trash. The type of person I am, I would not only have picked it all up but would have made sure it didn’t happen again,” Stricker wrote. “You made reference to a leash law and unfortunately she was off for a brief moment (I take responsibility for that). That gives you no right to shoot my dog without giving me a chance to make it right. .... Ohhh and btw, I was only about a week away from having her 1 acre yard completed and fenced and she would never have gotten into your precious garbage again.”

“My goal in sharing her story is to bring awareness and understanding to those people who have gone through the same experience as I have and to make people think twice before shooting someone’s fur baby for no reason. These ‘animals’ are someone’s family member who’s now been ripped away due to lack of respect for life,” he said. 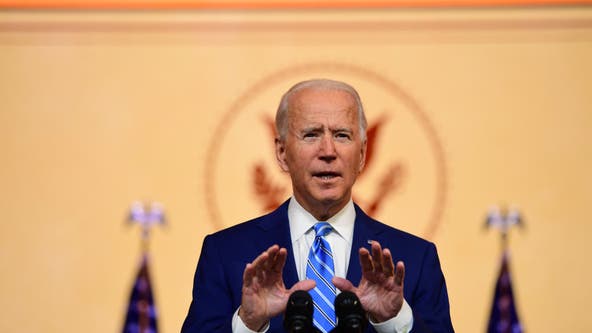