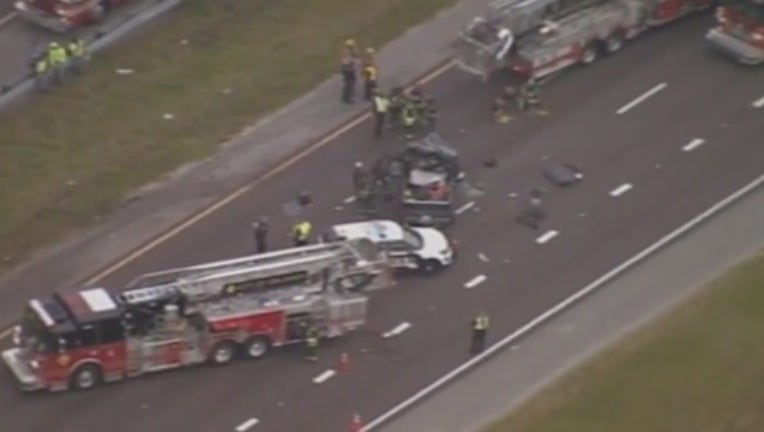 ORLANDO, Fla. (FOX 35 WOFL) - A man who suffered life-threatening injuries was trapped in his vehicle after a crash on S.R. 528 in Orlando on Wednesday morning.

Orange County Fire confirmed that they were on scene to rescue an entrapped man from a vehicle on S.R. 528 eastbound. They say that he was a trauma alert patient.

Police say that the man became entrapped after a crash. A pick-up truck reportedly veered off the road and hit a larger truck in the median.

They say that the driver of the pick-up has sustained life-threatening injuries and is expected to be airlifted shortly.