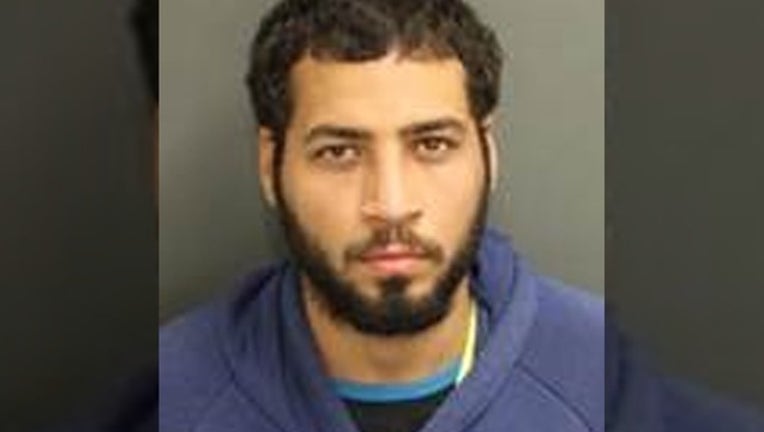 Jorge Luis Castillo Fonseca, 27, was taken in custody on Tuesday. According to the Sheriff's Office, deputies responded to a panic alarm set off at the Cash America Pawn on South Orange Blossom Trail. When they arrived, they said they saw Fonseca trying to flee the scene.

"Due to our deputies' swift response, the suspect was caught trying to escape through the rear door," the Sheriff's Office said on Twitter.

Two employees were found hiding inside. One of them was transported to the hospital for back pain, according to the Sheriff's Office.

Fonseca is charged with robbery with a weapon.