The 60-year-old man accused of stabbing two employees at the Museum of Modern Art in New York was arrested in West Philadelphia after intentionally setting a room at a Best Western on fire, police say.

PHILADELPHIA - The man accused of stabbing two employees inside the Museum of Modern Art in New York was arrested in Philadelphia on Tuesday.

Police were aware that the man, 60-year-old Gary Cabana, could be making his way to Philadelphia after allegedly stabbing two employees at the museum on Saturday afternoon.

According to police, he started a fire in a room on the fifth floor at the Best Western on the 1200 block Vine Street on Monday night after using the name "Joseph Cabana" to book the room with cash.

There was extensive damage to the hotel room, police say.

Investigators looked through surveillance video and recognized Cabana as the wanted suspect in connection to the stabbings that left a 24-year-old woman with wounds to her back and neck and a 24-year-old man with a wound to his collarbone.

Police say they found Cabana sleeping on a bench at the nearby Greyhound bus station at 1001 Filbert Street around 1:00 a.m. on Tuesday morning and took him into custody. It's believed that Cabana was on his was to Florida to visit a relative. 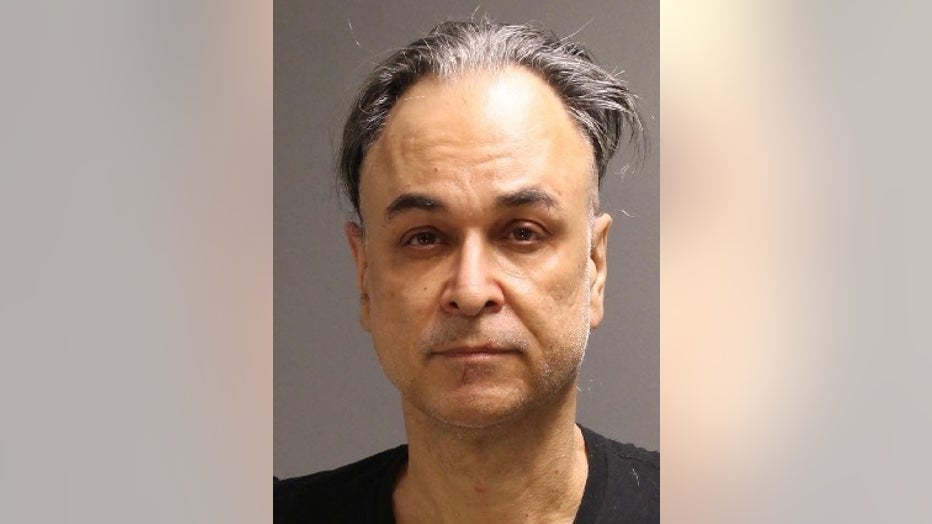 Gary Cabana, 60, is accused of stabbing two people at the Museum of Modern Art in New York City, then traveling to Philadelphia where he started a fire in a hotel room and was arrested at a bus station.

As he was being escorted into a police car, Cabana yelled out calling Philadelphia police "The best cops in the United States" and he urged people to check his Instagram.

Police say they were aware that Cabana may be suffering from mental health issues. He has been charged with arson and related offenses for the Philadelphia hotel fire, authorities said.

The New York City Police Department is working to extradite Cabana back to New York as part of its investigation into the double stabbing.