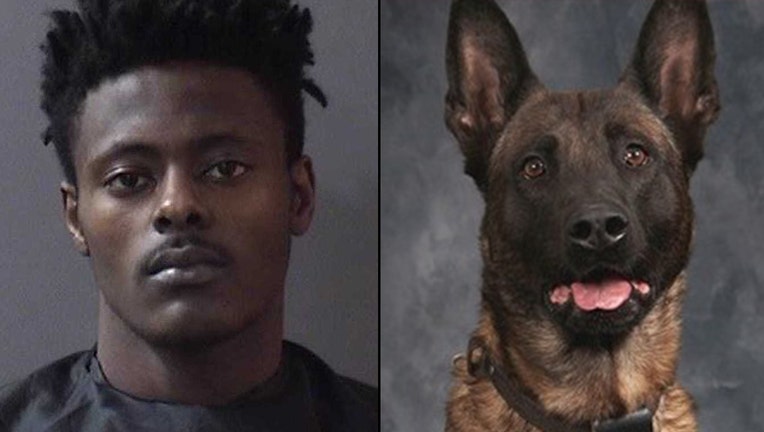 Citing court documents, the publication reports that Richard D. Garrett Jr., 19, also made the sound of a "shotgun being racked followed by boom several times." A probable cause affidavit stated that Garrett "constantly" said "click, click, bang," according to the Indianapolis Star.

K-9 Harlej had been called in to help officers in the manhunt for Garrett Jr., who had run from his vehicle after a brief car chase, the Fishers Police Department said in a news release.

When Garrett Jr. was spotted by Harlej's handler but refused to surrender, Harlej was released to chase him.

The 5-year-old Belgian Malinois ran ahead and out of sight. Officers then heard a gunshot.

After several hours, police found Garrett with a leg injury believed to be from a dog bite, police told the Indianapolis Star. Officers then found Harlej dead in a wooded area.

This week the police department held a public memorial service for Harlej, in which the community came together to honor the brave K-9.