Lyman High School students told FOX 35 they feel like their voices were heard after school board members took action on the yearbook controversy that’s made national headlines.

SANFORD, Fla. - Students at one Florida high school told FOX 35 News they feel like their voices were heard after school board members took action on a yearbook controversy that has made national headlines.

"This is the most ridiculous thing. These are our children. We need to do what’s right for them," said Vice Chair Abby Sanchez.

The move came after hours of public comment. Yearbook committee members, students, teachers, parents, and grandparents all spoke against censoring the yearbook’s coverage of a student-led walkout. The protest at Lyman was about the Parental Rights in Education law, also known as the "Don’t Say Gay" law. Yearbook photographs showed students holding rainbow flags and signs during the protest. 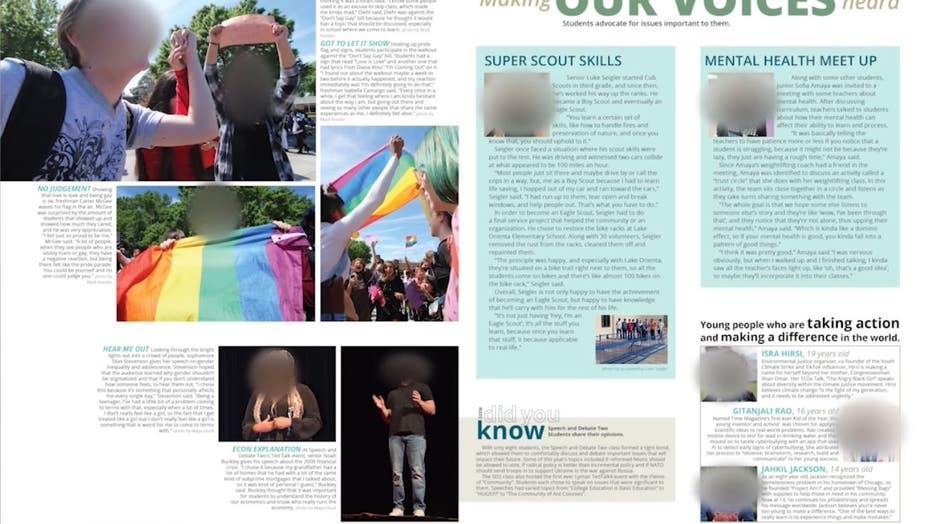 The Lyman High School Yearbook Club found out they couldn't give out their yearbook as planned on Monday. Students say they were told to put stickers over the photos of the walkout and text on the page before they can distribute them.

The Seminole County School District said the photos must be covered, not because of a rainbow pride flag but because the walkout was not sponsored by the school and is in direct conflict with school board policy. They sent out a message to parents.

"Unfortunately, the pictures and descriptions that depicted this event did not meet school board policy and were not caught earlier in the review process," said a school spokesperson in a voicemail on Monday.

Students disagreed and voiced their disappointment to FOX 35 News.

"Lyman High school is dedicated to being historic, diverse, and inclusive. That’s told in our announcements every single day," explained Lyman student Desmond Edwards. "How are we going to erase such a diverse part of our community, our history of what makes our school so special?"

Following Tuesday's decision by the board, Lyman High School Yearbook Club members said they are happy that their coverage of the protest will stay.

"Honestly, we were all super nervous about what was going to happen. I think the result was fair, and we’re really happy they’re not covering our content," said student Maya Gluck.