LOS ANGELES - The weekend of May 30 was supposed to signify hope as stores in Los Angeles County were given the greenlight to reopen after being closed for months due to the coronavirus... however, that’s not the case anymore.

Several business owners in the Fairfax District woke up Sunday to find their shops broken into and vandalized by looters overnight.

It started as a peaceful protest as hundreds of people walked on the streets near Pan Pacific Park at 7600 Beverly Blvd. to protest police brutality but those protests quickly turned violent.

Throughout the day and even overnight people were seen breaking into stores, stealing items, shattering windows, and setting fires to buildings and patrol cars. 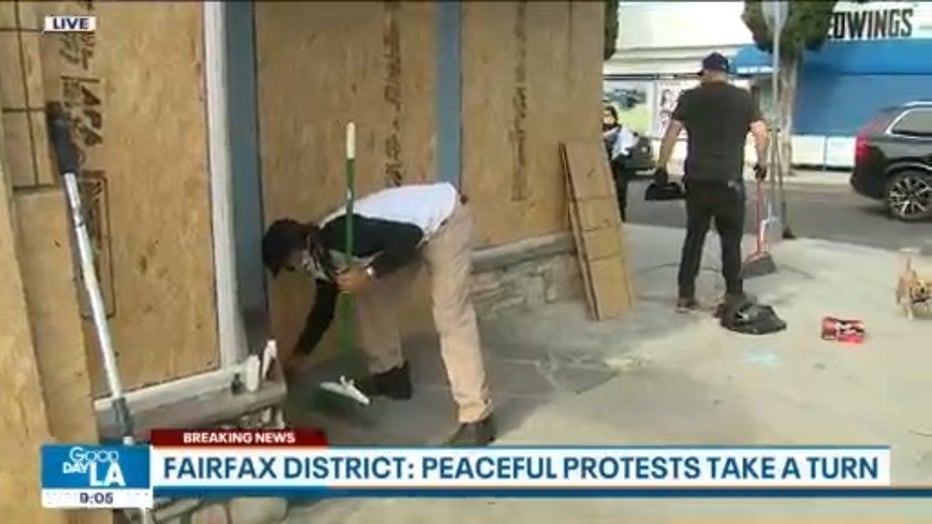 But on Sunday that violence turned into kindness as people volunteered to help business owners clean up their stores.

Dozens of people from the community brought cleaning supplies, brooms and buckets to fixup storefronts on the 7300 block of Melrose Avenue.

“There’s been a lot of support from the community, a lot of our friends are coming out, people who shop with us. So it’s really nice. We are trying to find all the positive in it,” said Sean Wotherspoon owner of Round Two.

His store’s grand reopening was scheduled for Saturday. He told FOX 11 that his team had been cleaning the store and preparing for its opening.

Several other stores on the block were also vandalized. The only store that wasn’t damaged was Happy Ice. Flyers posted on its windows read “black owned”. 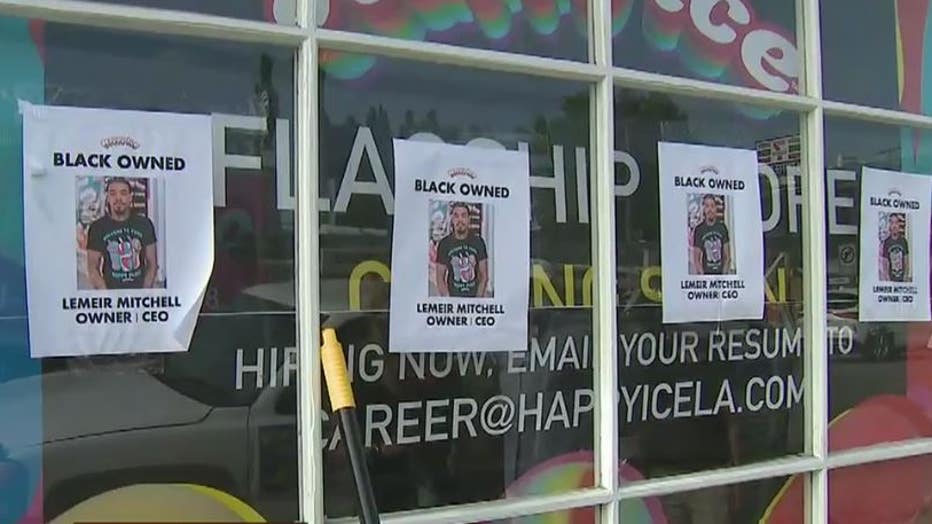 Several business owners are heartbroken to see their stores damaged or some completely destroyed.

A man whose father owns a Doc Martens store is urging the public to stop looting and destroying stores in the community.

A man whose father owns a Doc Martens store in the Fairfax District is pleading for people to stop damaging stores.

FOX 11’s Gigi Graciette spoke to one resident who said he was happy to come out and help his community.

Joshua brought a broom and joined others in the cleanup process.

“Been out here maybe two hours and it’s awesome. The amount of support, everyone has been coming out, bringing their brooms, support. These guys have been handing out water. Everyone is just really coming together,” he said.