Church Street Station is a historic Orlando landmark. A developer now wants to outfit the historic building with bars, restaurants, and shopping, but he's getting push-back from the city.

ORLANDO, Fla. - Church Street Station is a historic Orlando landmark. A developer now wants to outfit the historic building with bars, restaurants, and shopping, but he's getting push-back from the city.

Orlando's historic Church Street Station was built in 1889. Orlando entrepreneur Craig Mateer's plan would turn the original baggage room into a shopping space, make the central waiting room a dining area and chef's kitchen, turn the ticket offices into bars, and add another kitchen and bar area outside the building.

Developers would also retrofit the building with a four-story glass water tower that would have an elevator and staircase on the inside, and paint a mural around the turret on the corner of the building. Visitors say it could bring more life to the area. 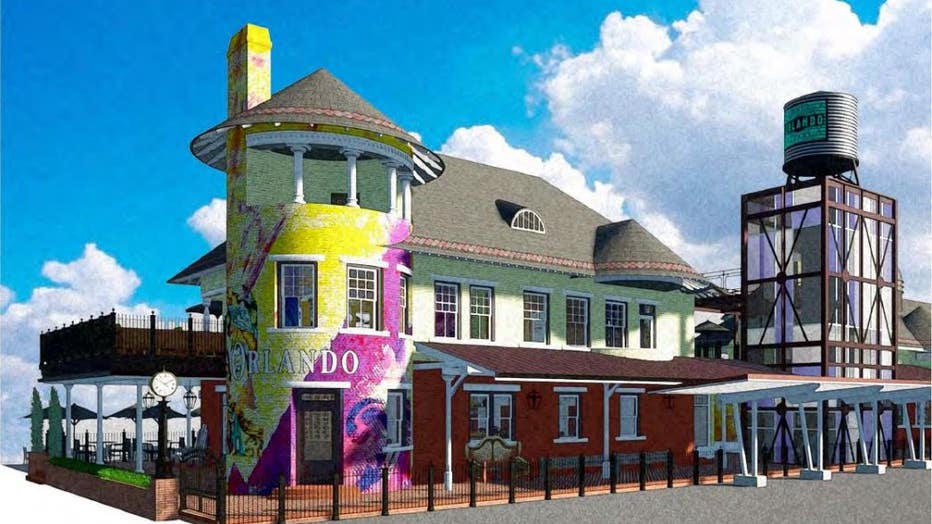 "I think it would be a really great idea. It doesn't serve a purpose now, but if it did, would be a nice addition to Church Street, which is already really historic and happening," said visitor Micah de Leon.

So far, city staff is not behind the changes. In their report to the Historic Preservation Board, they argue that "the alterations and additions in the proposal will severely impact the significant historical, architectural and cultural materials of this building. The proposed design is not compatible with the size, scale, material or architectural character of this historic property."

Visitor Ryan Plaza agrees. "Restaurant atmosphere, live music inside and out, family community on Church Street? Yes. Do we need another nightclub in downtown Orlando? I don't think so, personally."

The Historic Preservation Board will consider the developer's proposal at their meeting next week. Then the full city commission will get to vote on the changes in early September.