WEST MELBOURNE, Fla. - Scott Curry woke up Thursday morning finding thousands of likes and hundreds of shares of his Facebook post of Elon Musk outside the Five Guys in West Melbourne.

Curry and his wife stopped in Wednesday on their way home from the scrubbed SpaceX Dragon Crew for a quick burger.

“Somebody inside said, 'Hey, I think Elon Musk is out there!'  There was a bunch of Teslas at the charging station,” Curry said.

So he walked outside, and sure enough, Musk was there talking to a growing group of people.  Curry pulled out his phone and snapped a few pictures and took some video to send to his sons. 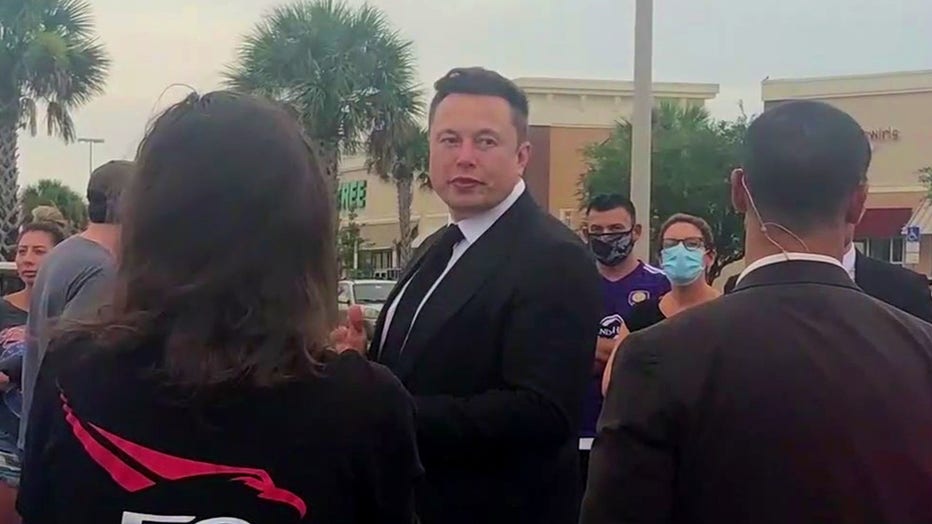 “He was just here like another person talking to everybody and then walked in and had a burger,” Curry said.

The Five Guys franchise owner is still in disbelief. He was sitting at home at the time.

“It’s so surreal…the launch gets scrubbed till Saturday, and all of a sudden two hours later, he popped up here,” Les Hatter said.

His customers started sending him snapshots and tagging him in Curry’s Facebook post.  He said his staff had no idea.

“They were entrenched in doing their job and honestly didn’t even realize he was in the building.”

Hatter’s security cameras captured the two men traveling with Musk ordering three burgers, three drinks and two orders of fries while Musk was still outside talking to people by a bank of eight Tesla charging stations in the parking lot of the shopping center outside of Five Guys.

“As I say, you’ve got to inspect what you expect, so in theory, I guess he was inspecting what he expected. It’s very cool that someone of his stature would pop out in the field and see what his product look in West Melbourne, Florida,” Hatter said.

He’s bummed he missed Musk, so he’s inviting him back.

“I did reach out to him on Twitter last night and invited him back in on Saturday, so I’ll see how that goes,” Hatter said.