A Florida teenager was arrested after deputies said he concocted a scheme to kill a man and keep his body in a closet "to fulfill his sexual fantasies."

BREVARD COUNTY, Fla. - We're hearing the 911 call made from a Central Florida jogger who was allegedly attacked by a teenager. Deputies say that teen had plans to choke him, kill him and then hide the body in a closet "to fulfill his sexual fantasies."

Jogger: "A man just tried to choke me from behind."

Jogger: "He tried to choke me with what looks like a tie or a piece of rope."

The jogger stays calm during the call with 911 as the dispatcher asks him questions.

"I’ve got him detained on the ground right now. I need the cops here immediately."

We're hearing the 911 call from a jogger who was allegedly attacked by a teenager in Brevard County.

"You made a dumb decision today," the man told suspect Logan Smith in the 911 call.

Smith, 18, of Cocoa, is charged with attempted murder after investigators said he attacked a jogger in the area of Batavia and Kings Highway. Smith's plan was foiled when he was overpowered by his victim and detained until deputies arrived at the scene, according to an arrest report.

Investigators said prior to the alleged attack, Smith had gathered items to include a rubber mallet, an aerosol Axe deodorant can and a clothing robe belt – all placed in the driveway of his residence between two parked cars.

"The defendant walked directly across his street where he hid behind a light pole. He placed the mallet and the Axe aerosol on the ground next to him while he waited for the [victim] to come running down the street as he did regularly for exercise. The defendant waited for the victim to run past the light pole and proceeded to run after him," a deputy wrote in the arrest affidavit. "The defendant then tossed the clothing robe belt over the victim's head until it was around the front area of the victim's neck." 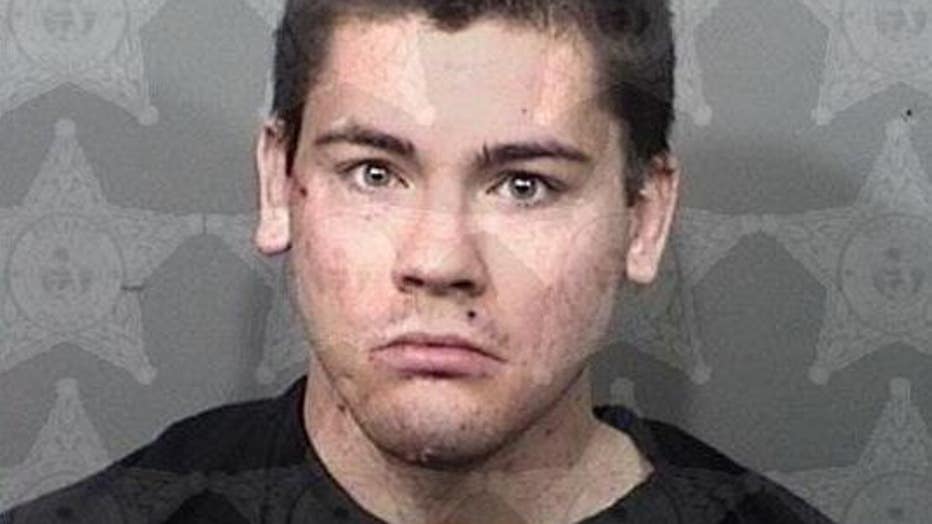 According to deputies, the victim said he immediately realized what was happening and used his martial arts training to turn the tables on his attacker.

Deputies said Smith told them he had been watching the victim for about six weeks, studying his routine as he exercised, which consisted of the victim running past Smith's house. He explained that he had made the decision to kill the victim after watching a movie that showed violent, murderous acts, according to the arrest report.

TRENDING: FOX 35 EXCLUSIVE: Florida college student gets transatlantic flight all to himself

Deputies said the victim told them that he typically runs about four times a week and has never met Smith, seen him, or spoken to him.

Smith is being held without bond at the Brevard County Jail.