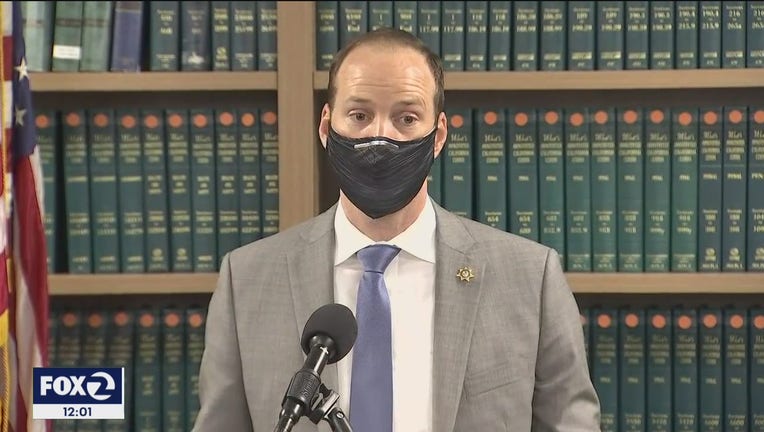 SAN FRANCISCO - Every day, DNA is routed through local, state and federal databases to identify suspected criminals. A technological breakthrough that’s allowed law enforcement to solve unprecedented numbers of crimes, its use has simultaneously garnered praise along with major privacy concerns.

But this week’s revelation that the San Francisco police crime lab used a sexual assault victim’s DNA against her in an unrelated property crime case — and the allegation that it may be a common practice in California — has prompted a national outcry among law enforcement, legal experts, lawmakers and advocates.

Police investigators allegedly used a sexual assault victim’s DNA, collected as part of a rape kit in 2016, to tie her to a burglary in late 2021, according to District Attorney Chesa Boudin. The woman initially faced a felony property crime offense but the charges have since been dropped.

Victim samples cannot be uploaded to state and federal DNA databases. But local databanks operate with much less — if any — regulations and oversight and it may be legal in California to use a victim’s DNA like the investigators did.

"It’s absolutely unethical, there’s no question in my mind that it’s unethical," said Chris Burbank, former Salt Lake City police chief who is now the Center for Policing Equity’s vice president of law enforcement strategy. "The question is not ‘Can we do that?’ The question should always be ‘Should we do that?’"

While the state Department of Justice does not oversee these local databanks, a statement makes the agency’s position clear. "Bottom line: Victim DNA reference samples should never be used as criminal evidence."

Boudin said using rape victims’ DNA in unrelated investigations could be violating California’s Crime Victims Bill of Rights, which lays out that victims of a crime have the right "to have their property returned to them, to be fully informed of what’s happening with their property and to have it used only for the purpose that they’ve agreed to have it used."

He said that when collecting a DNA sample from victims of sexual assault the San Francisco Police Department uses a consent form that does not mention whether the DNA is stored indefinitely or used for other purposes.

The local databases are much smaller, though some agencies collect samples from people who are never arrested or convicted of crimes. They are not subject to the same strict controls as federal and state collections, which typically require a conviction, arrest or warrant before a sample is uploaded.

"These databases work in the background with very little regulation and very little light," said Jason Kreag, a law professor at the University of Arizona who has studied forensic DNA issues.

Just because the law doesn’t seem to specifically forbid the practice of using a victim’s DNA against them, experts say it’s almost unfathomable it was even considered — let alone carried out.

"Do we really need to have that written down in a law? Apparently we do," said Sara Katsanis, a research assistant professor at the Northwestern Feinberg School of Medicine and the Genetics and Justice Laboratory’s principal investigator at Ann & Robert H. Lurie Children’s Hospital of Chicago.

State Sen. Scott Wiener, a Democrat from San Francisco, is working with advocates and attorneys to scour state law and see where potential loopholes exist that would allow for a victim’s DNA to be used in another investigation. The senator said initial indications point to a need to introduce additional legislation, which would likely occur in the first half of March.

"We need to protect that DNA from misuse," he said. "We really need to shore that up and make sure that we’re supporting survivors."

Jorge Camacho, the policy director at Yale Law School’s Justice Collaboratory, said that may not be so simple. This particular case may seem clear-cut against the use of the victim’s DNA, but future instances, like with a violent crime, might not be.

Camacho said lawmakers are likely to approach this in one of three ways: Establish a clear line where crime labs cannot run victim DNA at all or for only specifically designated offenses such as homicide; come up with a standard where a victim’s DNA may only be searched when the second interest warrants it; or punt it to the courts and require law enforcement to seek a warrant to run the victim’s DNA after a judge has considered the severity of the crime against the manner in which the sample was obtained.

"Storing a survivor’s DNA in a database, or using it for any other purpose, is indefensible, and will discourage them from seeking medical care or reporting an assault," Cooper said in a statement. "

Boudin’s revelation this week comes amid a growing rift between his office and the San Francisco Police Department. Their clash intensified this month after the start of a trial against Terrance Stangel, a former police officer facing battery and assault charges for beating a man with a baton in 2019. It’s believed to be the first excessive-force case against an on-duty San Francisco police officer to go to trial.