'It's insane': Leesburg residents concerned by $700 and $800 electric bills

Homeowners and residents in Leesburg are concerned about increasing electric bills. Some homeowners said their electric bills have increased to more than $700 or $800 a month.

LEESBURG, Fla. - Homeowners and residents in Leesburg are concerned about increasing electric bills. Some homeowners said their electric bills have increased to more than $700 or $800 a month.

"It’s insane. It’s unaffordable. They need to help us all, it’s too much," said Carrie-Ann Waddell. She said her latest electric bill was $700 for her three-bedroom home.

Derek Wallman lives in a two-bedroom house and said his electric bill was $823.

"$823 this month. It’s gone up. I will not be able to pay all my bills because of it. So medication this month is going to be put on hold," he told Leesburg City Commissioners on Monday night.

For residents, however, the meeting would not provide immediate relief. City leaders, including city manager and mayor, told residents to contact their leaders in Washington D.C. to address costs of natural gas and other utilities.

City Manager Al Minner told residents that costs in general have gone up and that while the city is working to help keep costs low, the city cannot afford to anymore. 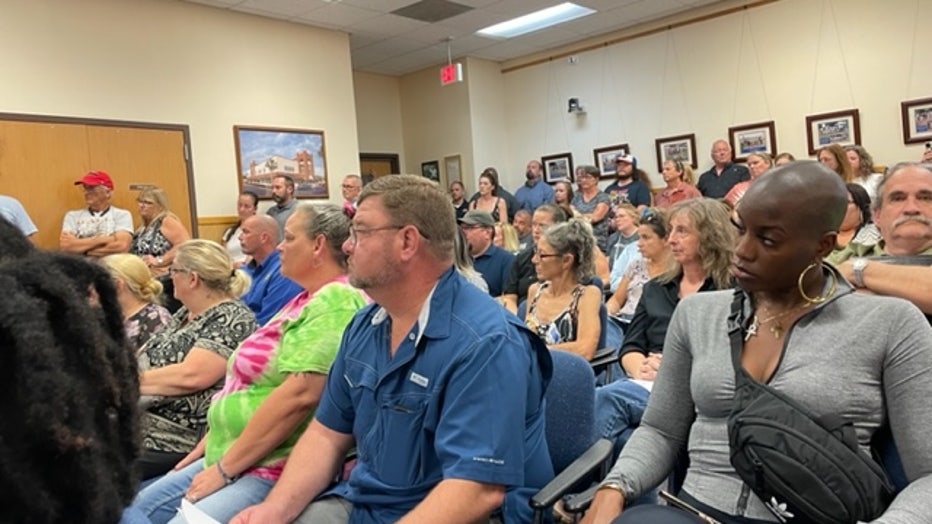 He said the city has paid $9 million to help keep costs down and cannot afford it anymore.

"This is not a Leesburg problem. This is a regional problem," he said. In January 2022, he said the cost of natural gas was $10 per kilowatt-hour. Today, that cost is $70 an hour.

"Natural gas prices all went crazy. They all think it’s our fault, we’re the bad guy," he said.

"We don’t have a plan, We gotta bring natural gas prices down," he said.

"I will say that I think the current administration attacked the fossil fuel industry from day one," he said.

A spokesperson for Duke Energy said the utility does not set electricity rates for Leesburg, specifically, the utility is warning customers about a 13% increase that will start in January.

"We have usage alerts and cost alerts that come through about halfway through the month so that you can manage and determine how you can make adjustments before that bill ever arrives," said Ana Gibbs, spokesperson for Duke Energy.

She also recommended people close blinds and curtains to keep heat out of the house, and to remember to turn off ceiling fans when not home as a way to reduce energy consumption.