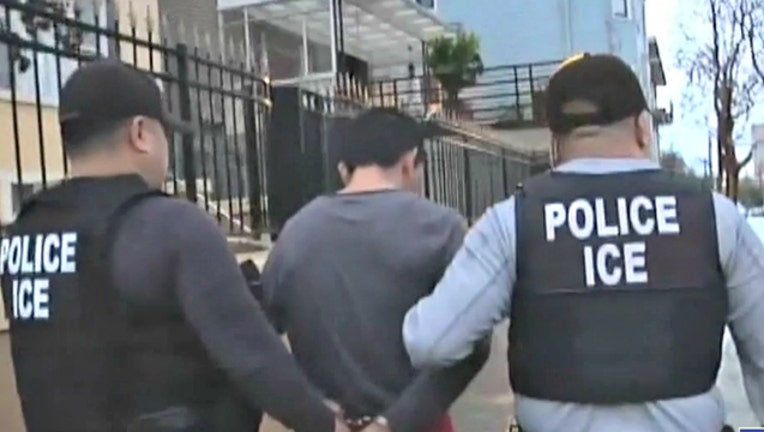 TALLAHASSEE, Fla. (NSF) - The city of South Miami and immigrant-advocacy groups on Tuesday sued the state over a controversial new law banning so-called sanctuary cities, alleging that it will lead to racial profiling, civil-rights violations and “unjust deportations.”

The sanctuary cities ban, which went into effect July 1, requires all law enforcement agencies, government entities and campus police in the state to make their “best efforts” in fully complying with U.S. Immigration and Customs Enforcement activities, including performing some functions of federal immigration agents.

“This encroaches into an area of exclusive federal authority and will interfere with the comprehensive federal immigration system enacted by Congress in violation of the Supremacy Clause of the U.S. Constitution,” the lawsuit, filed in federal court in Miami, said.

Republican Gov. Ron DeSantis pushed for passage of the sanctuary cities ban, which was one of the most hotly debated issues of the legislative session that ended in May and was a cornerstone of DeSantis’ campaign last year.

The suit, filed by the city of South Miami and nine other plaintiffs, names as defendants DeSantis and Attorney General Ashley Moody. It contends the law is “rooted in anti-immigrant animus” and that its primary motivation is to “correct the perceived failings of the federal government with respect to immigration enforcement.”

Sen. Joe Gruters, a Sarasota Republican who sponsored the bill in the Senate, called the legal challenge “reckless and irresponsible.” and argued it would waste taxpayer money to protect “criminals.”

“Banning sanctuary cities is about one thing and one thing only --- public safety,” Gruters, who doubles as chairman of the Republican Party of Florida, said in a statement.

The legal challenge came as no surprise to Rep. Cord Byrd, a Neptune Beach Republican who co-sponsored the bill with Gruters. Byrd, an attorney, declined to comment further, however, saying that he wanted to read the full complaint first.

The plaintiffs want a court to deem the new law unconstitutional and keep the state from enforcing it. The plaintiffs are represented by attorneys for the Southern Poverty Law Center, the Community Justice Project and the Immigration Clinic at the University of Miami School of Law.

When he signed the bill, DeSantis said it would allow Florida officials to help ICE “remove criminal aliens.” Moody and DeSantis did not immediately respond to requests for comment.

The 72-page complaint alleges the law will allow for “impermissible discrimination by Florida state, local, and municipal officers and officials on the basis of race, color and national origin” because the bill passed by the Legislature does not define what it means for local officials to practice their “best efforts” to support federal immigration law.

Other allegations in the suit say the sanctuary city ban violates the 14th Amendment to the U.S. Constitution because it “fails to provide a person of ordinary intelligence fair notice of what is prohibited, and its lack of standards authorizes, and encourages, arbitrary and discriminatory enforcement.”

“Our police are responsible for maintaining public safety. And as soon as they are seen as somebody who might turn you in if you call for assistance, they are no longer treated,” South Miami Mayor Philip K. Stoddard recently said at a special city council meeting, where the city voted to join the lawsuit.

Plaintiffs, including the Farmworker Association of Florida, the Family Action Network Movement and the Florida Immigrant Coalition, argued that their resources have been strained since the bill passed because more immigrants are inquiring about what to do.

The Florida Immigrant Coalition, for example, said the recent demand for information about the bill has diverted resources from programs that help immigrants enroll in English classes, defend against wage theft and get information about public education and voter registration.