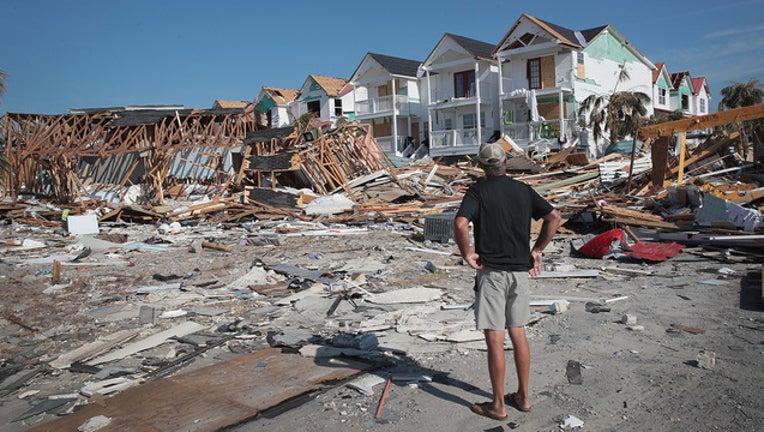 And in the three months since Michael came ashore at Mexico Beach, debris continues to be picked up, more than 102,000 people have registered for assistance and 16 counties have qualified for federal aid.

“This is a massive, massive storm that we must deal with,” Senate Banking and Insurance Chairman Doug Broxson, R-Gulf Breeze, said Monday as lawmakers assessed the storm to determine what the state can do and how much of a request will be made to the federal government.

“We must encourage the administration to come up with a package that we can submit to Congress that adequately deals with the problems that the poorest part of the state, the most underserved part of the state is going to be dealing with,” Broxson said, referring to the heavily rural and low-income areas hit by Michael. “And they’re going to be dealing with it for generations and generations.”

Cotton farmers essentially lost most of the season’s crop, which was ready for harvesting when it was swept away by the 155 mph winds from the high Category 4 storm. Aquaculture along the Gulf Coast, including oyster farming, suffered 80 percent to 100 percent losses from Michael.

With 2.8 million acres of forest land damaged, timber farmers sustained more than $1.3 billion of the overall $1.49 billion in estimated agricultural damages that have been reported from the Oct. 10 storm.

Rex Lumber owner Caroline Dauzat told a Senate panel on Monday the company, which employs about 350 people, remains committed to the region. But the loss of timber, which in some cases could take decades to regrow, is adding costs to the Bristol-based company as wood must come from farther away to be made into two-by-fours and two-by-sixes.

“Our employees are worried about the future of the mills, particularly in Bristol,” Dauzat told members of the Senate Agriculture Committee. “They recognize that without timber we can’t make lumber.”

She also advised lawmakers of the need to fund wildfire prevention because of the “staggering” amount of timber on the ground.

“This is going to be a long, long recovery,” said Sen. Bill Montford, a Tallahassee Democrat who represents large parts of the region hit by Michael.

Sen. George Gainer, a Panama City Republican who owns car dealerships across Northwest Florida, described a trip through the parts of the region currently as “like riding through a landfill.” Five of Gainer’s dealerships were severely damaged by the storm.

Last month, a report reviewed by the Senate Appropriations Committee showed Florida’s budget will face increased pressure from the impact of the hurricane, with the tab expected to exceed the costs from Irma.

State Insurance Commissioner David Altmaier told members of the Banking and Insurance Committee the industry appears to have withstood the regionally “concentrated” storm’s impact, as his agency closely watches data from individual insurers.

Michael has resulted in 136,873 claims, mostly from personal residential property, with projected insured losses at nearly $4.9 billion, with the latest numbers posted Monday.

By comparison, Irma, which has drawn more than 1 million claims with estimated losses topping $11 billion, has required $1.57 billion in reimbursements to 85 companies from the Cat Fund.

Senate Agriculture Chairman Ben Albritton, R-Wauchula, said the job of the committees is to determine what the long-range impacts could be to the state.