As the anniversary of the Pulse Nightclub shooting nears, two brothers who work for the Orange County Sheriff's Office are recalling a heartbreaking pact they made the night of June 12, 2016.

ORANGE COUNTY, Fla. - It has been 5 years since the tragic shooting at Pulse nightclub in Orlando. As the anniversary nears, two brothers who work for the Orange County Sheriff's Office are recalling a heartbreaking pact they made the night of June 12, 2016.

Lieutenant Menachem Green and Corporal Yehuda Green both responded to the club, not knowing the other was on the scene.

"It just really started to sink in that I needed to find the bad guy," Corporal Green said. "Then in the mayhem and the chaos I saw a face I recognized and it was my brother." 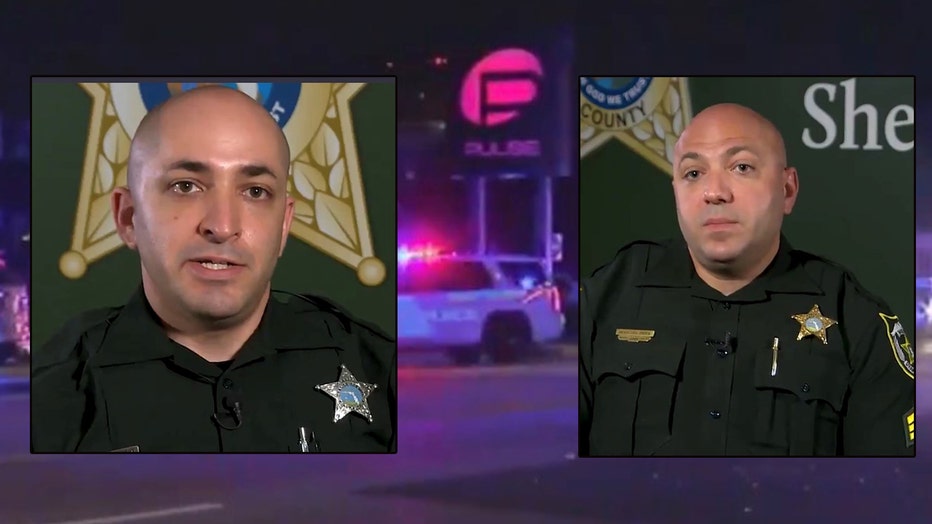 Both brothers ran inside the club to help any victims they could. As the situation continued to develop, the suspect indicated there may be explosives in and around the building.

Lt. Green said as they were inside the club together near the dance floor, his brother suggested they separate.

"With the loss of life and the chaos and the possibility of explosives in the building that we may not make it out. So in the event that a bomb does go off hopefully our parents wouldn't lose both of us," Corporal Green said. "Our parents shouldn't have to bury two sons that night. So I made the decision to go the other way."

"So my younger brother was my big brother that day," Lt. Green said.

After the suspect was confirmed dead, the Green brothers went back inside to rescue victims and hostages.

Corporal Green said he remembered carrying a woman who was covered in blood who kept asking him, "Am I still beautiful?" He says he never learned the woman's name and doesn't know if she survived.

Forty-nine people were killed and dozens were injured that night.