ULA launch scrubbed due to weather

Due to weather conditions, the launch of a United Launch Alliance (ULA) Atlas V rocket on Saturday was scrubbed. Another launch attempt will be made in 24 hours. ULA says it is now targeting the launch for Sunday at 9:14 a.m. EDT.

CAPE CANAVERAL, Fla. - Due to weather conditions, the launch of a United Launch Alliance (ULA) Atlas V rocket on Saturday was scrubbed.

Another launch attempt will be made in 24 hours. ULA says it is now targeting the launch for Sunday at 9:14 a.m. EDT. 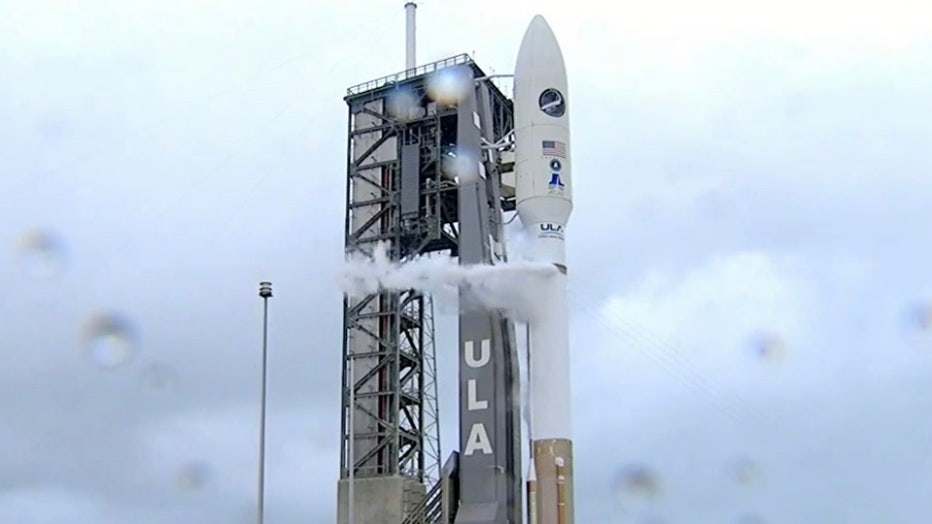 The original time for the launch was Saturday at 8:24 a.m., but ULA scrubbed it because of unfavorable conditions. It was then moved to the second window of 10:13 a.m. but "no-go" weather conditions caused the launch to be moved to 10:23 a.m.

With just seconds to go, ULA decided to stop the countdown and scrub Saturday's attempt.

The Atlas V rocket was scheduled to bring a military space plane for the U.S. Space Force into orbit on Saturday morning from Space Launch Complex 41 at Cape Canaveral Air Force Station.

The primary payload on the USSF-7 mission is the X-37B, an unpiloted space plane, also known as the Orbital Test Vehicle. It's like a smaller version of the space shuttles that NASA used to use. It's an unmanned Boeing spacecraft that can conduct experiments in space without any human astronauts aboard.

Mike Wagner, from U.S. Launch Report, who showed up to watch Saturday's launch, said it was a disappointment.

“I heard them counting down several times,” he said, “so I think they were really trying hard to get it off the ground.”

This would be the 139th mission for ULA. It is the 84th for an Atlas V rocket.

ULA says it was critical to perform the launch of the X-37B Orbital Test Vehicle, despite the COVID-19 emergency happening around the globe.

To honor those who lost their fight and who are still fighting during the pandemic, a written dedication was affixed to the Atlas V rocket that will ride into space.

It reads: “In memory of COVID-19 victims and tribute to all first responders and frontline workers. America Strong.”

RELATED: SpaceX to launch the first crewed space mission in nearly 10 years on May 27

Sunday's SpaceX mission has now been moved to Tuesday, also due to weather.

SpaceX will be sending up a Falcon 9 rocket from Cape Canaveral, carrying its next batch of Starlink satellites.

The mission was first moved to early Monday morning, but the space company since said because of a tropical depression brewing off the southeast coast, it will now target Tuesday for another launch attempt.

The launch is scheduled for liftoff at 3:10 a.m., but SpaceX said it is monitoring launch and landing weather conditions.