It turned out to be a BB gun, but police are praising them for alerting an adult right away.

ST. PETERSBURG, Fla. - Police in St. Petersburg are praising the work of three children who ran for help when they found a weapon at a public park.

The creek that runs through Forest Bluff Park isn’t known for being clean. Harry, Abby, and Adelaide, ages five through eight, were helping to clean it up Sunday but among the trash, they found what appeared to be a revolver.

“They wouldn’t touch it, they really wouldn’t go near it. They even made sure no one else would go near it,” said Sandra Bentil with the St. Petersburg Police Department. “They did the right thing.”

One of them found an adult who called the police. 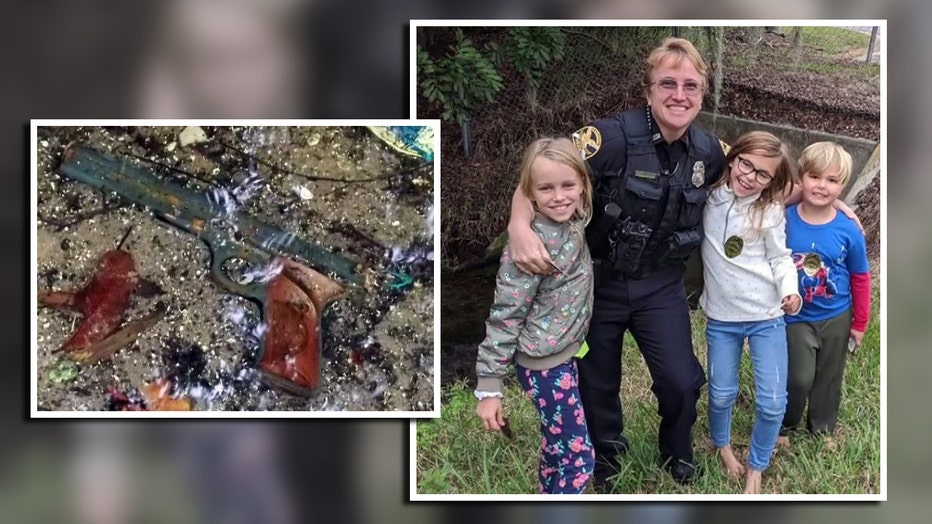 Three kids found what they thought was a revolver in a St. Pete creek. It was a BB gun, but they are being congratulated for their quick-thinking.

The weapon turned out to be a B.B. gun, but police say that doesn’t matter. What matters is kids knowing what to do in the face of potential danger.

The officer who responded congratulated them handling it the right way.

Investigators say the B.B. gun is likely not related to any crimes, but will still be submitted into property and evidence.

“As part of the investigation they will look into that gun to see if they can connect it to anything but the most important thing is the gun is out of harm’s way,” Bentil said.

Officers say this is a lesson for other kids and their parents to discuss doing the right thing if you see something wrong.