Thousands are gathering for this year’s reenactment of the Edmund Pettus Bridge crossing to honor the foot soldiers. Downtown will resemble a huge street festival during the event, known as the Selma Bridge Crossing Jubilee, with thousands of visitors, blaring music and vendors selling food and T-shirts.

Vice President Kamala Harris is attending and will be speaking at the commemoration.

Harris will also take part in the symbolic march across the bridge, which, named for a Confederate general and reputed Ku Klux Klan leader, has become an enduring symbol of the civil rights movement. Harris is the first female U.S. vice president and the first Black woman and person of South Asian descent in the role. 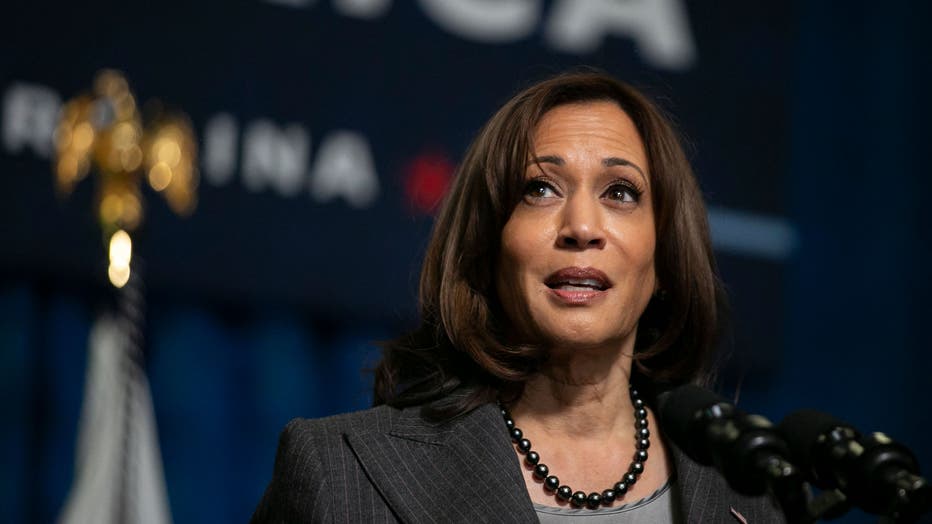 Her visit comes as congressional efforts to restore the landmark 1965 Voting Rights Act have faltered. Democratic efforts to update the law and pass additional measures to make it more convenient for people to vote have been unsuccessful.

The legislation, named for Rep. John Lewis Lewis who died in 2020, is part of a broader elections package that collapsed in the U.S. Senate in February.

The U.S. Supreme Court in 2013 gutted a portion of the 1965 law that required certain states with a history of discrimination in voting, mainly in the South, to get U.S. Justice Department approval before changing the way they hold elections.

The annual Bloody Sunday remembrance has become a regular stop for politicians to pay homage to the foot soldiers of the civil rights movement and to make calls for action.

State troopers on March 7, 1965, beat and tear-gassed peaceful demonstrators, including Lewis, who later became a longtime Georgia congressman. A trooper bashed Lewis’ head during the ensuing melee and dozens more were hurt.

The confrontation became a turning point in the fight for voting rights and set the stage weeks later for the Rev. Martin Luther King Jr. to lead the massive Selma-to-Montgomery march for voting rights.

Footage of the beatings helped galvanize support for passage of the Voting Rights Act later that year.

"In Selma, the blood of John Lewis and so many other courageous Americans sanctified a noble struggle. We are determined to honor that legacy by passing legislation to protect the right to vote and uphold the integrity of our elections, including the John Lewis Voting Rights Advancement Act and the Freedom to Vote Act," President Joe Biden said in a statement Sunday.

"My Administration will continue implementing my Executive Order to promote voter participation, increase access to the ballot, and rally the country to protect voting rights and election integrity," he continued. "Vice President Harris, marching in Selma today, will continue to lead this effort."