METHUEN, Mass. (FOX 35 ORLANDO) - A former police K-9 who lost his job after being diagnosed with a debilitating form of cancer has been adopted.

“We're no longer blue bc Blue is adopted!” MSPCA-Angell posted in an update on Twitter.

Blue not only gained a new family, he gained a best friend: the family also has a Bloodhound named Gertrude and two reportedly “immediately fell for each other.”

The adorable, dusty-brown 3-year-old Bloodhound broke hearts around the internet earlier this month when he was diagnosed with a soft tissue sarcoma, a form of cancer that requires rapid intervention to prevent its growth and spread.

Blue was forced to retire from the Billerica Police department’s K-9 unit in Massachusetts after years of service tracking suspects. His handler, Sgt. John Harring, and colleagues made the difficult decision to surrender Blue to MSPCA at Nevins Farm to give him a shot at recovery.

Veterinarians at MSPCA’s Angell Animal Medical Center had to move quickly to ensure the cancer could be removed before it spread to Blue’s vital organs, according to a press release.

“Amputation would offer Blue the best chance of trying to cure this form of cancer,” said Dr. Nick Trout, who performed the leg amputation surgery on May 7.

Although Blue’s cancer and leg amputation ended his career as a police K-9, it looks like he has a bright future with his new best friend, Gertrude.

“He is a wonderful dog—well trained, friendly and social—and we think his new ‘tripod’ status makes him all the more adorable,” said Meaghan O’Leary, director of the adoption center at the MSPCA at Nevins Farm. 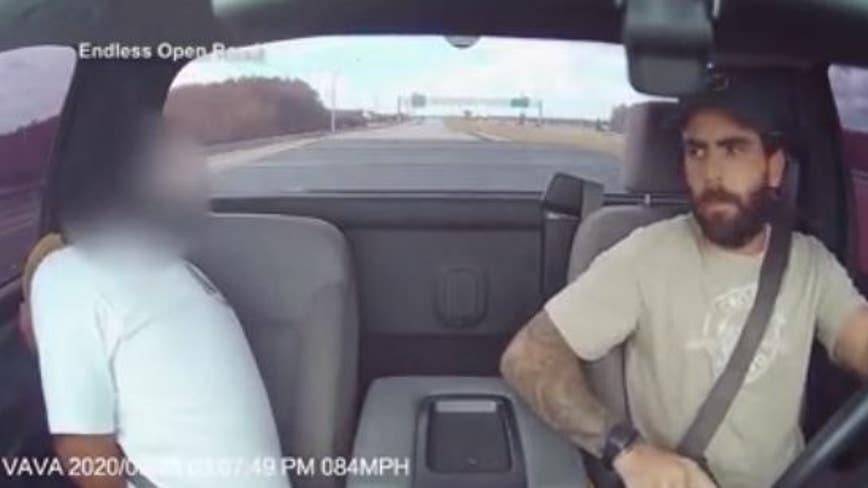