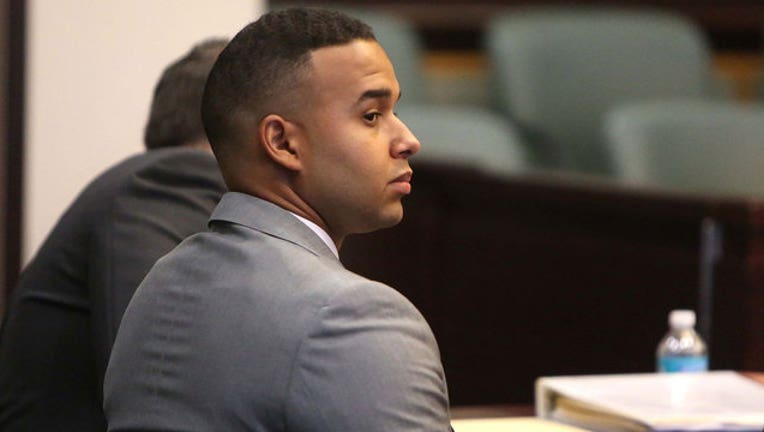 ORLANDO, Fla. (AP) - A federal jury deliberated for two days before awarding $15,500 to a man who was handcuffed, kicked and punched by an Orlando, Florida, police officer during a protest.

Escobar was fired by the department after the incident.

The Orlando Sentinel reports the officers were responding to reports of a fight that ended before they arrived. Escobar accused Holloway of charging at him and ignoring commands. A video taken by Holloway's sister showed Escobar kicking and punching the man as he was handcuffed on the ground.

Escobar was acquitted last year of misdemeanor and battery charges.