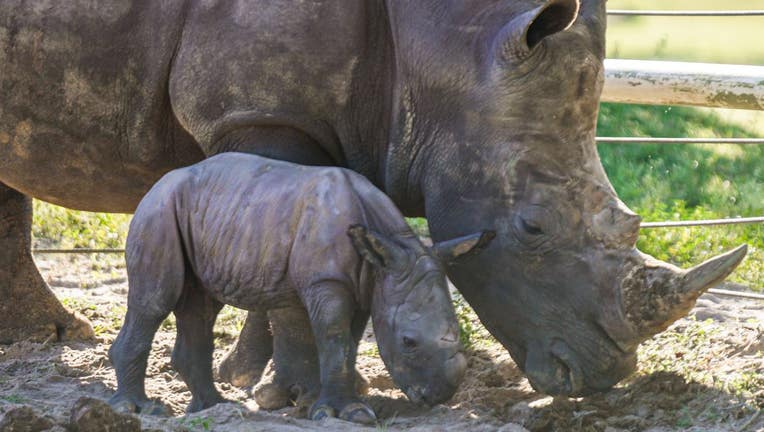 Guests will be able to see the rhino calf in person within the coming days where he will join his mother on the Serengeti plain. Park officials say the baby is expected to gain about 100 pounds per month, so visitors will get to watch the little guy grow and develop.

An online poll is being held through Oct. 21 to help name the adorable addition! The three choices are:

You can cast your vote HERE.

Native to eastern and southern Africa, the southern white rhino stands more than six feet at the shoulder and weighs up to 5,000 pounds when fully grown. The species is currently listed at near threatened status by the International Union for Conservation of Nature (IUCN).