LARGO, Fla. - Venice police and Pinellas County deputies used genealogy DNA results to arrest a suspect and bring closure to victims in two rape cases from more than 20 years ago.

Investigators said DNA evidence was collected at the scene of the first assault in Venice back in 1998, where a man broke into a woman's home while she was sleeping, tied her up, and raped her.

The DNA was later linked to DNA from another rape that happened on Indian Rocks Beach in October of that same year. In that case, a naked male chased down the 20-year-old victim and raped her, then forced her to perform oral sex. When he was done, he ordered her to go into the Gulf of Mexico and "clean herself up," then fled.

Twenty years later, the Florida Department of Law Enforcement's Genetic Genealogy Unit compared the DNA from the 1998 cases to publically shared DNA profiles in the hopes of finding a relative of the suspect.

Pinellas County Sheriff Bob Gualtieri said when a member of the public gets DNA testing from a service like Ancestry.com or 23 and Me, they can share their DNA profile on public websites like GEDMatch.com, which has an opt-in to share the information with law enforcement.

It was through this website that investigators were able to find distant relatives of the suspect. That gave them a potential pool of suspects which investigators could look into. They eventually narrowed their search to 61-year-old Robert Brian Thomas, from Niles, Michigan, who lived in the Tampa Bay area from 1997 to 1999.

Venice detectives flew to Michigan where they obtained cigarette butts discarded by Thomas. 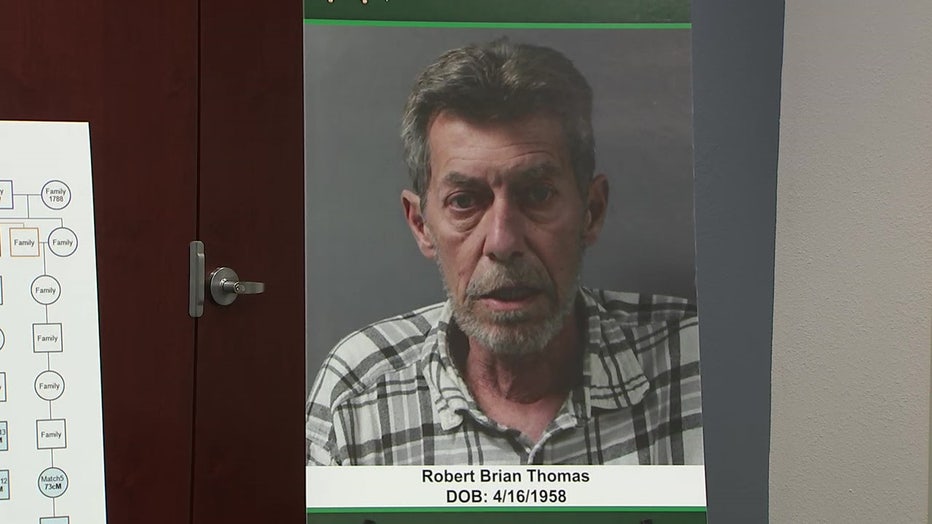 Lab analysis confirmed the DNA from the cigarettes matched the suspect's DNA from both the Venice and Indian Rocks Beach sexual assaults.

Thomas was arrested and will be extradited from Michigan to Florida.

Cases solved using genetic genealogy have received a lot of attention over the last few years, but Sheriff Gualtieri said successful use of the method is still pretty rare.

“This is only the fifth successful case in Florida and the fourth arrest using genealogy mapping, and this is the first case in Pinellas County, or within the 6th judicial circuit,” Gualtieri explained.

Investigators on these two cold cases are just relieved they can give victims some relief after all these years.

“I had developed a rapport with the victim and I’m really happy for her. It’s not over for this process yet but at least we’ve identified the subject,” said Retired Venice Police Department Capt. Mike Rose.