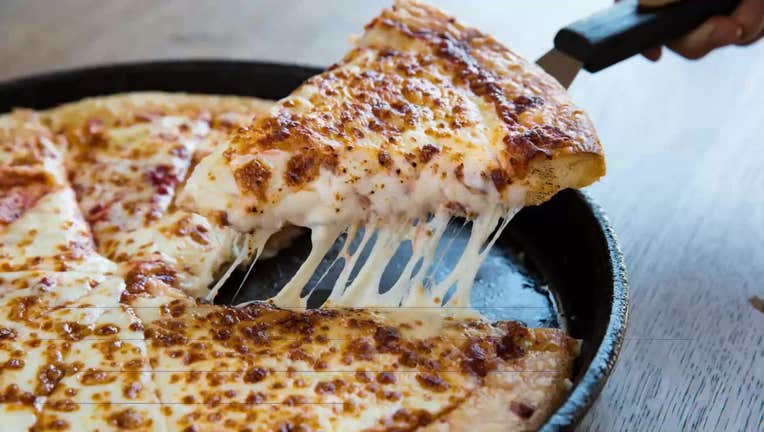 BROWNSBURG, IN - These employees didn’t just get a pizza pie, they got the whole thing.

An Indiana pizza place showed its appreciation for staff members who worked on Christmas by splitting the store’s profits for the day among everyone who worked.

The holiday tradition has been the owner’s way of thanking his staff.

For the fifth year in a row, Rock Star Pizza in Brownsburg, northwest of Indianapolis, opened on Christmas Day. The owners, Ron and Colby Mathews, confirmed to Fox News that the restaurant would open only if employees volunteered to work on the day.

They have a nice incentive, however. The store’s profits for the day are split amongst the workers. The owners, meanwhile, don't take a cut, making it a very profitable day for the workers.

This year, seven workers showed up (since they're volunteering to work, they get to decide the shift they work). Colby Mathews spoke with Fox News, saying "this year was the busiest yet."

Business was apparently good, based on a post on the restaurant’s social media page.

“Oh my goodness you guys,” it says. “The outpouring of support from you has been phenomenal. I know we said we would be open until 9, but they just called & said they cannot handle any more orders. It's going to take them the rest of the night to fulfill the ones they have.”

According to Colby, one of the reasons why the holiday can get so busy is because locals like to support the workers, whose pay for the day can hit hundreds of dollars. Another reason why it's popular, she added, is that people always like having pizza as an option for dinner.

On Facebook, the restaurant offered thanks to various people involved in the day.

“Thank you for showering our staff with support. Thank you for showing them grace & patience as they have weathered this tsunami of love. Trust when I say navigating volume of this extent is not easy. They are working extremely hard. If you weren't able to get through, please know we appreciate even the effort. And we're sorry that it didn't work out.”